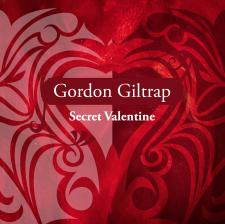 This superb studio album was recorded entirely on the revolutionary new Cool Acoustics / Rob Armstrong hybrid acoustic guitar to be known as the Secret Valentine Guitar. Gordon has been involved with the project to develop the new guitar for several years, and regularly uses one during live performances.

The album is recorded as an enhanced audio CD that includes a video interview with Gordon and the creators of the guitar.

Gordon writes:
'Speaking long term, I have no idea how the public will react to this instrument, all I know is that the album so far has been very favourably received by those who have been involved with it, namely Rob Armstrong, who made a point of calling me to say that he thought it was my best album EVER! Dallas Simpson who did the final mastering (it was Dallas who produced the 'Live at Ambergate' Binaural album a few years back) said he felt it was the finest performance he had heard of my music, Paul White who engineers all of recorded output these days said the same, and so it goes. Obviously from my perspective, I just went into my home studio and played to the best of my ability and the end result is what it is'.