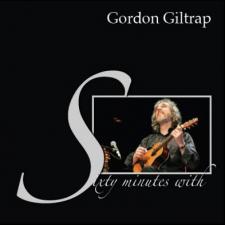 A Voiceprint label compilation CD with tracks taken from almost every era of Gordon's playing, this CD would be an ideal taster to introduce a newcomer to Gordon's music.

Yes we have included the obvious hit single in Heartsong but we have also included some of Gordons fabulous solo playing including a tribute to one of Gordons greatest influences Bert Jansch and included the standard Angie from the album Janschology.

It doesnt end there either also included is the track Misunderstood Man/Be With Me Always from Gordons stint as a member of the cast from Cliff Richards Heathcliff musical.

Finally there is the collaboration with classical guitarist Raymond Burley and we have included two tracks from the album Double Vision ( Down The River and Under This Blue Sky ) which prove beyond a shadow of doubt Gordon Giltraps versatility and mastery of the guitar.
Tweet