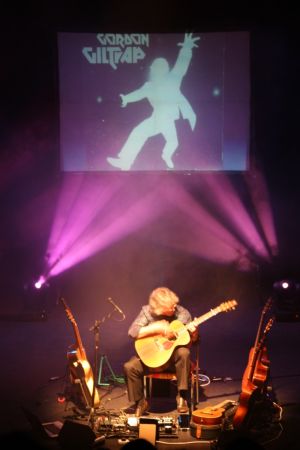 This tour for me personally has been one of the most satisfying for many a year. The concerts have been shows in the truest sense of the word with the music, lights, and back projection for me perfectly balanced. This has forced me to be a tad more disciplined in my approach to performance having to stick rigidly to the set list. This has been no bad thing, allowing me to concentrate on the pieces at hand and to tread that very thin line between tried and tested favourites and newer pieces that can take many years to get just right in performance.

Smart Move (David Fawcett and Andy Reiss) are determined to build on what we have, and plan to promote more shows next year in selected venues, hopefully kick starting the tour at a major venue...

The first show in Wakefield produced a standing ovation......what more can I say but "thank you" to Wakefield. I can't single out any one show because quite honestly all the shows have been most enjoyable and well received by both the public and the press.

Quotes from the public posted on the Forum included the following:

I came along to the concert last night in Tunbridge Wells not knowing what to expect and what I got was the opportunity to see literally the best accoustic guitar player ever ! I wish people would stop with all of these comparisons with other artists as Gordon Giltrap is clearly in a league of his own and to try to compare is to insult…..I was completely mesmerised. The Dodo's Dream was just truely the most amazing thing I have ever seen produced by an instrument live !!! I am a total convert. An amazing concert and an absolutely delightful man!  Julie

I really enjoyed last nights concert. I also brought the Shining Morn CD. In both cases simply timeless quality . I have played the Guitar for 45 years if I continue for another 45 years perhaps I might be able to express myself through it as well as as he does. But probably not. Dennyronny

We were treated to an OUTSTANDING performance amongst outstanding performances. A su-blooming-perb evenings entertainment from *a musical national treasure*  We are of course familiar with the virtuoso musicianship and the relaxed and witty style of Gordon's repartee. For the Shining Morn tour the addition of a light show, some atmospheric smoke, and a series of back projected images lifts the experience to another level - turning a concert into a show! Keith & Fiona

Had the privilege of seeing Gordon last night at St Albans....what an absolutely amazing musician, so very talented and a great joy to watch. Thank you for a memorable night and look forward to seeing you again soon. Andrea

Above is a video by Trevor Raggatt of Down The River filmed at the Salisbury concert - click the icon at the bottom of the page to read his review from R2 magazine.. 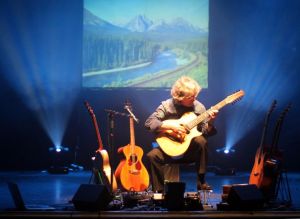 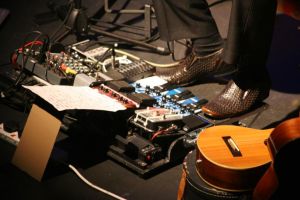 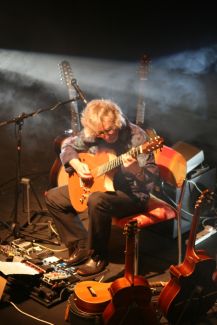 
What a nice guy. Best not to muse on that relating to his once coming second to Eric Clapton in a best Acoustic Guitarist poll and finishing behind Elton John’s Song For Guy with his own utterly unique 'Heartsong' in the 1978 Ivor Novello Awards for instrumental composition. But arguably he doesn’t court spectacular luck, despite a past Top Of The Pops appearance, and other TV, and commissions, all stemming from that impact root of 'Heartsong', which winged up to No 21 in the British Top 30. 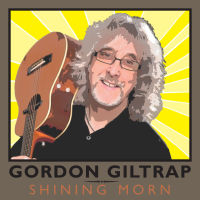 He calls this The Shining Morn Tour. There are just 14-dates between April and June with only Doncaster, Cannock and Wakefield any way north. And, would you believe it, his new album set for release to coincide? It’s called Shining Morn, on Floating World records, has several classic past tracks in re-take, and Rick Wakeman guests on the closer. . . . yes, it’s been delayed. (Note from webmaster: Cd now available, see discography page)

Richard Amey of the Worthing Herald
My thanks go to Andy Reiss and David Fawcett from Smart Move Productions for promoting the tour and for looking after me so well at each concert, acting as roadies and bringing various guitars on and off the stage for re-tuning. Remember that these gentleman are both very successful singers in their own right having been stars of the West End stage, and are currently on tour with their own production of Beyond the Barricade. I thank them most sincerely along with Matt and Ed for the lights and projection, and of course my thanks to all of you who attended.