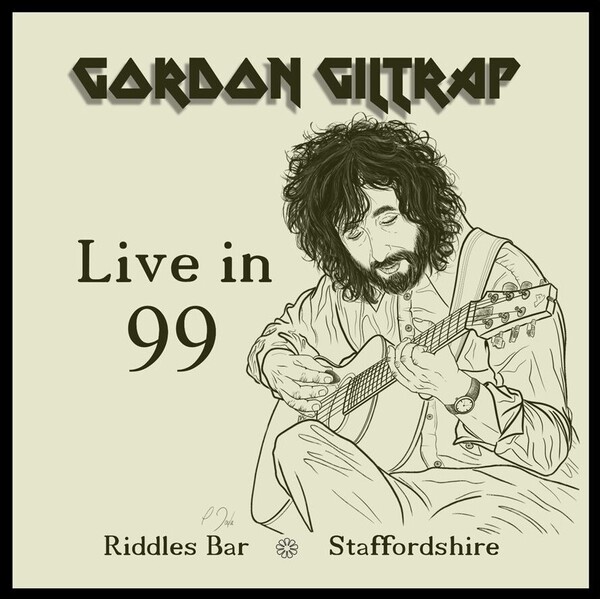 I'm delighted to share with you the news that I have a new live album released this month by download from MIRROR NOIR records www.mirrornoir.com. They have in the past released my Work of Angels charity release along with ‘You make me believe’ the hospital’s choir Christmas release.

The story behind the release is an interesting one in as much as it’s a recording that has been in my possession for many years and I just ignored it thinking that it wouldn't be worthy of release and also because some live albums can be a bit dodgy in terms of recorded quality and content, but on listening to it I couldn't believe how good the quality was. 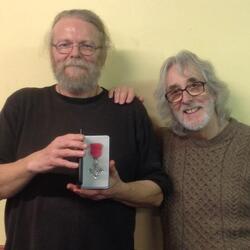 Recorded straight to mini disk directly from the desk by my dear old friend Malc Welch on the night of this gig at Riddles Bar, Stoke on Trent in front of a small but appreciative audience it is a bit of a gem. The album is not a re-release and is a truly warts and all performance with very little editing apart from the in-between chat that can be a bit tedious after several plays. I had been looking towards giving a complete GG album to my friends Paul White and Mark Soden from Mirror Noir for some time now. I had made the odd guest appearance on their ambient recordings in the past but since unearthing this live offering I thought this a worthy contribution to their rapidly expanding online catalogue.

Reading through the track listing is fascinating because many of the pieces I no longer perform for reasons of wanting to move on to newer material and because quite honestly some of the material is technically beyond me now! I'm sure many of you will remember old pieces like ‘At Giltrap's Bar’ and ‘Splinter’ alongside the ‘Overture to Heathcliff’ and ‘Shady Tales’ which I was performing at the time back in 99.

The album is live on Apple Music    Spotify  and Amazon

A special thanks must go to Malc Welch for keeping the faith and being there and recording the whole thing. 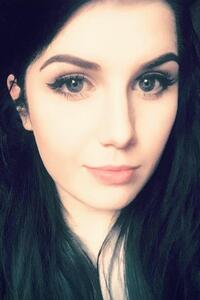 Thanks also to Chloe Doyle for her superb line drawing of me taken from a photograph from the period where I have a mass of dark hair and matching beard, playing that small bodied Rob Armstrong that I used for many years that has gone to a good home I'm sure after I parted with it yonks ago. Finally to Paul and Mark for editing and final mastering.

Here is a bit of info for your interest on artist Chloe Doyle.

Chloe is a Derby born artist who has been drawing and painting since childhood. Chloe attended the Round House College acquiring three art diplomas and an award in drawing from the London College of Art and later a brief spell at De Montford University, but decided to leave early to pursue her own artistic journey. This line drawing is only the tip of the iceberg in terms of her creative talents.

Imagine my surprise when a heavy package arrived containing this extraordinary and superbly presented book from my dear friend Roger Bucknall. Roger as you all know produces the finest handmade guitars on the planet. Since the release of his previous book of a similar title he has created a whole raft of exquisite instruments and obviously felt the need to put out another book.

I feel very honoured to be featured once again in this book and to be a small part of this remarkable man’s history. I truly don't know how he manages to keep making theses sonic works of art. It is a sign of sheer visionary determination to overcome all the odds and continue to move forward. There is no one like Roger Bucknall MBE in my book or anyone else's book come to that.

If anyone out there wants a copy of this superb publication then the cost is in the region of £80+ pounds. You can ring Roger on 01768 891515 to order your copy. I warn you now it's VERY heavy.

I would need to set aside several days to read all the info and pore over the stunning and mouth-watering (if you are a guitar nut like me) images of these outstanding world class guitars. 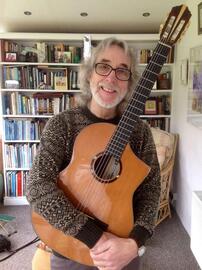 I recently got a call from my old buddy Oliver Wakeman asking if I would like to play on a new composition called The Wedding. He specifically wanted the sound of a nylon strung instrument because I had used one on a track of Ravens and Lullabies. I think at the time I was using a Ray Burley signature classical. Since that time I have acquired this lovely Roger Williams designed crossover classical model that I had a small hand in bringing to market through John Hornby Skewes, and what a lovely instrument it is. It plays like a dream and records beautifully so it was the obvious choice to use on Mr Wakeman’s lovely composition.

I took my time on it and it was worth it because he was very happy with my contribution, so much so that he felt he could create a new piece from the parts I sent. Oliver has a great gift for constructing parts to create a really well put together piece. He did a similar thing with some of my electric playing on the album and believe me they were the better for it. It was a real joy working on music with Oliver again because it was the first time since 2013 since we had worked together. 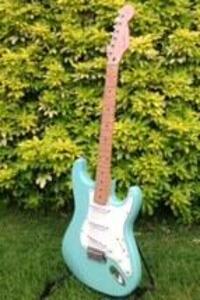 In the October news page I featured a Paul White handmade electric. I’m featuring it again because I have used it on a new track and I’m really pleased with it. I had agonised over the part I had written and had tried several guitars but I finally decided I wanted a more honest clean guitar tone on the track where one could actually hear the guitar as opposed to a guitar effect. To that end I completely re wrote the part and can feel totally comfortable with the end result.

I have always loved Mark Knopfler’s playing because of that honest pure approach. That Paul White guitar did the job perfectly. I always feel an instrument should be used otherwise it should be moved on and I had at times thought about selling it but just couldn’t part with it and I’m so glad I didn’t.

At the end of the day a guitar is a tool to create on but some can be quite special, so one isn’t just playing an instrument but also a memory, and if it’s been made by a friend then that’s a personal connection. Roger Bucknall is a point in question. Every guitar he has made for me has been outstanding.

Just an update to let you know that I have had a positive response to my online Zoom lessons. I had a few teething problems to start with but hopefully the techie stuff has been ironed out, and during these troubled times this is definitely the way forward. I have always loved passing on the knowledge and experience I have acquired over the past 50 plus years and am pleased to continue to do so.

Just follow the link to my good friend Paul and you will be well served with all the info, and remember you can divide the lessons up into bite sized chunks and the option to record the detailed stuff on your phone is definitely welcomed to assist you with your practise in between lessons.

All enquiries about online guitar sessions should be made to Paul Roberts at pcrguitar@gmail.com

See you on line guitar pickers. 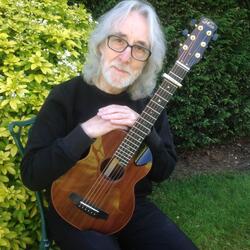 This lovely baby Fylde has done the business again since last month. I used it on a track for my song writing friend Nigel Bates. It was on a song he’d written recently called Legend, and no it’s not about me but inspired by the late Del Newman. 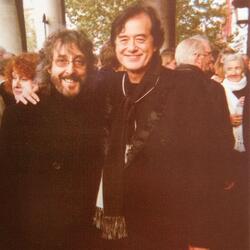 Me with Jimmy Page outside St Martin's in the Field on the day of John Entwistle's memorial service. The lady in the white scarf is Pete Townshends Mum.

This was the day that Jimmy told me I was such an influence, whatever that meant!!! 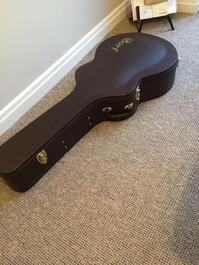 I bought this guitar case bargain on Christmas Day afternoon. What a way to spend Christmas. It was a bargain after all.!!!