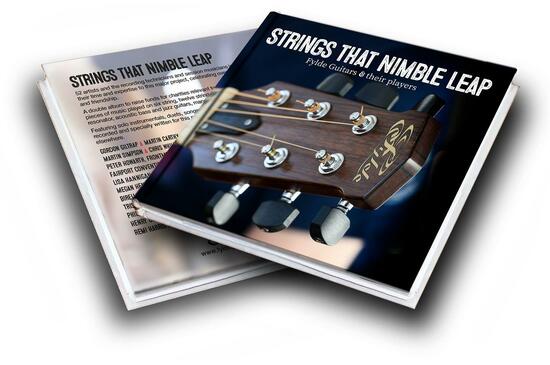 Strings that nimble leap CD - Fylde Guitars and their players

Many years ago Roger Bucknall put together a wonderful CD of artists who played his beautiful instruments. I was very honoured to record two tracks with the great John Renbourn. Now Roger has released a similar thing but far more ambitious as a double CD package featuring many of the old guard and many from the new. Follow the link below to pre order your copy.

Well done Roger for working so hard to create this wonderful package. My track is an edited version of Down the River. Other artists on the albums include Martin Carthy, John James, Martin Simpson, John Smith, Clive Carroll, Remi Harris and many more.

A major recording project, with profits to charity, including MIND, Help Musicians UK, and The Woodland Trust. Featuring 52 Artists on 2 CDs with a 128-page booklet; 43 tracks, 20 specially recorded, 16 specially written. Instrumentals and songs, many of which are not recorded elsewhere. Six string and Twelve string guitars. Nylon string and Jazz guitars. Tenor and Baritone guitars. Acoustic Bass and Resonator guitars. Mandolins, Mandolas, Bouzoukis and Ukulele.

This idea for this project has been bubbling away for many years. The original "Fylde Acoustic" Album was made in 1977, but is, sadly, no longer available. I have mentioned the possibility of an "update" many times, and when Chrys Titshall raised it with me in 2018, I realised what a great opportunity we had, with such a long list of artists and friends who might be willing to help.

Moira and I have often discussed finding a charity that we could devote some time to, but then life gets in the way and the time simply disappears. Here we had an almost ready-made opportunity to build an exciting project that might raise some decent sums of money for important causes.

We all know people who need help. Musicians often work by themselves, and sometimes have less of the support that others have. This was a "moment of clarity" for us, which made sense of the whole idea, it didn't need to be simply a marketing opportunity or a vanity project. We could raise money for charities that support musicians.

Trees are obviously very important to me, to guitar making and to music. The idea of helping to plant trees was the final piece of the jigsaw, the whole project seemed complete, at least in principle.

What had not occurred to us was that it would take nine months, and many sleepless nights.

We think it was worth the effort, we hope you do too. 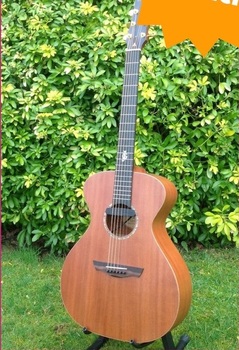 I'm delighted to report that my friend Keith Kronshaw, (the man who bought my Fylde 12 string shortly after my son died, the sale of which went towards his family) has won the raffle for the Vintage GG JG guitar dedicated to Jamie's memory. I couldn't wish for a more worthy winner. Keith lives in Sweden, but my hope is that he can make a trip to the UK to collect the guitar and have a nice pic taken with me presenting it to him. 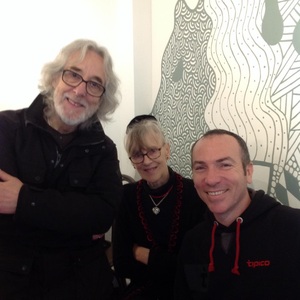 The Fleece Bretforton, May 3rd

My concert at The Fleece in Bretforton was another special evening with a packed audience. What made it a bit more special was the fact that my second cousin Anthony (see pic right) and his lady turned up on the night, also the fact that £1025 was raised through ticket sales, a guitar sale and the auction of a nice Uke! Thanks to the landlord Nigel for hosting the evening and looking after us so well, also to Dave Ford for supplying a superb sound system.

Here's to next year's concert God and the universe willing!

What a great night was had by all on May 11th in Sheffield with our friend Carrie Martin opening for me and with our pal the gifted keyboard player Adam Parrish performing one piece with Carrie and the whole of the second half with me.

I can't begin to tell you what a joy it was listening to Adam's superb keyboard arrangements on some of my oldest pieces. The highlight for me was The Lord's Seat followed swiftly by Heartsong. I have never heard these pieces sound so good. I would never have believed what new life Adam has breathed into these old tunes of mine. It was quite a profound experience for me and one I sincerely hope can be repeated on future dates.

Good to see old friend Cath and Geoff Olner there along with Mark Butler and the man who has transcribed many of my pieces Chris Dummigan. Mark and Jane Day were also in attendance. It was also interesting to bump into singer songwriter Richard Hawley who uses the pub as his local.

May 17th at The Roses Theatre was lovely. A lovely friendly audience and a great young sound man called Joel. Sadly the theatre has a small claim to fame because this is the venue where the great Eric Morecambe passed away.

This was an event to promote signature instruments that are under the banner of JHS. Those appearing were Ray Burley, Paul Brett, Carrie Martin, Myself and Rory Evans. The venue was truly beautiful. 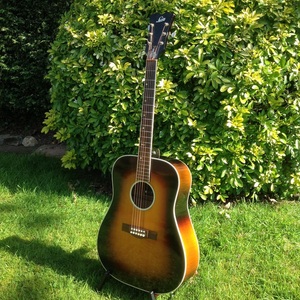 Here's a recent EBay purchase. This is a nice 1971 Levin a later model than the one I gifted to Pete Townshend. It’s a bit battle scarred but sounds really unique and full of character.