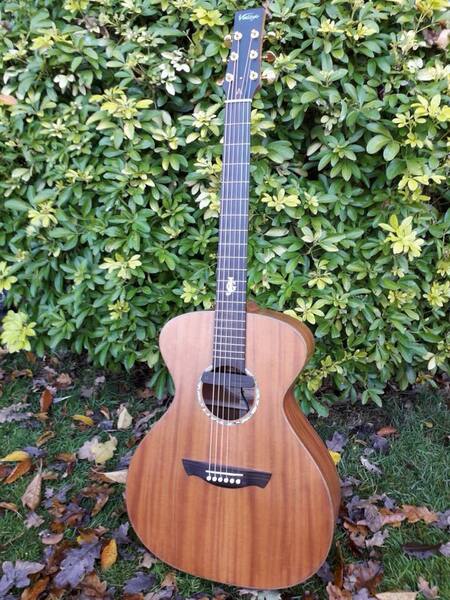 I have just been in touch with JHS, the company that produces my signature range of acoustics designed by Rob Armstrong, and they have given me the following details to pass on to you.

The guitar (photographed) is constructed of all solid woods. The bound body is of solid mahogany.The fingerboard and bridge are of ebony.The tuners are gold plated Grovers. The sound hole has a beautiful inlaid circle of abalone. The 12th fret is inlaid with my late son Jamie's initials and is dedicated to his memory.

He was a world famous and respected Drum and Bass composer and DJ and worked with the legendary Goldie amongst others.

The guitar is fitted with a Fishman sound hole pickup,and comes with a fitted gig bag,along with a specially recorded CD by yours truly.This is the latest model in my signature range.

Now for the really good part.This quality instrument retails at £499!

Where else can you find a guitar of this quality that has all of the above at such an astonishing price? I gig with it all the time.

Please contact JHS on 0113 286 6411 or visit thier website HERE, to find your nearest dealer. Or if you live close to London, the Ivor Mairants store carries stock of the entire range including Paul Brett's and Fret King.

Way back in 1969 I received a call from a lady called Frances Line a BBC radio producer ( who later on became the head of Radio 2) asking me if I would like to be the special guest of an American singer songwriter in a programme centred around him. The programme was called My Kind of Folk. She told me his name, but I truly hadn't heard of him. I said of course and duly turned up at the Playhouse Theatre Charing Cross for the session.

When I arrived I was confronted by a tall skinny denim clad person drooping around with a very melancholic air about him. I truly didn't take to him UNTIL I heard him sing and play guitar, and as much as I didn't want to like his music I was totally bowled over by him. The guitar playing, the voice, the songs,everything was outstanding. 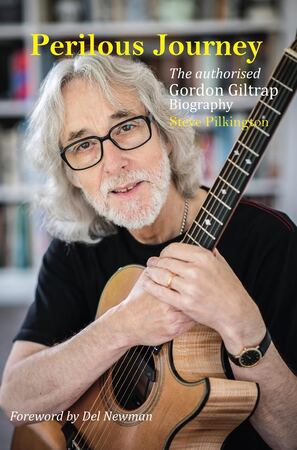 Anyway I recorded a couple of my little songs (I dared to sing at the time) for the show and decided to leave, only to be stopped at the theatre door by Frances and the skinny American who both begged me not to go as they thought that it would be a nice idea if we could do a song together. If they hadn't been so insistent it would never had happened because I was very reluctant.

So there we were the American and I back on stage about to do a bluesy piece he had written. Whilst waiting for the mikes to be set up he asked to have a look at my guitar and in turn passed me his old Gibson guitar to try. Anyway the tape started to roll and I feebly jammed along to his song.

The song was called STEAMROLLER BLUES and the skinny American was JAMES TAYLOR.

I was recently sent some information about this event which you can read HERE and you can even listen to the track!

If this remarkable story intrigues you and you want to find out more about some of the extraordinary people I have met along the way including Mike Oldfield, John Martin, Brian May, Peter Green and many more check out my biography, Perilous Journey. Available from Amazon and www.wymerpublishing.co.uk.

I hope the book will inspire anyone hoping to make a life in music. If I could do it,anyone could. Its all the stuff of dreams my friends.

I wanted to share a few thoughts with you relating to creativity. I have said this on a number of occasions to friends but not in the public arena so to speak.

Many of you will know of the release of The Last of England album I created with my great friend Paul Ward. In my opinion this has got to be my personal favourite album along with Troubadour.The reason I say this is because it was truly born out of personal suffering,and without all the circumstances and energy that surrounded our lives at that time, it would not exist. 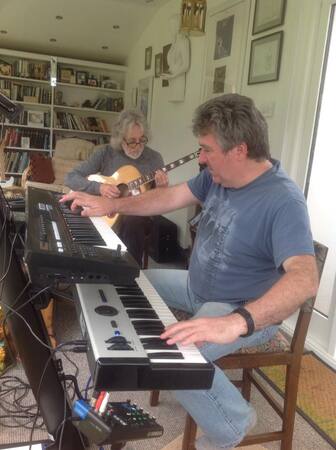 Prior to being ill in 2015 I had no plans to release any more albums, mainly because it is a costly affair making records and also folk weren't buying albums anymore.I had to my mind achieved all I wanted to achieve artistically and felt that if I made more records it would just be a repeat of the same old thing, ie pretty tunes well played and recorded but without anything new to say.

But then things changed. And during a dark time I got to thinking about the tunes I had written being mainly commissioned pieces, none of which had been released commercially. These pieces along with some tunes I had recorded with Rick Wakeman I felt could be revisited. Of course I had no budget and could not do it alone, so I approached Paul Ward to see if he fancied helping me to turn this idea into a reality. This he did and the end result was The Last of England.

Somehow Paul tapped into the soul of these tunes and the struggle I was going through at the time and created the most profoundly beautiful arrangements that truly felt came from another place.

For the first time in my career I genuinely didn't care what the critics thought of this music, because it really was a personal statement from my heart, and I knew in my heart how precious this music had become since sharing it with Paul.

Having said that, shortly after it came out I read a fairly dismissive review that someone had posted on Amazon (do have a look it's still on there) about the album, and for about five minutes I felt hurt and affronted by his words, and then I took a step back from it and started to laugh out loud, mainly at the rising ego within me that for a brief moment had obliterated what I truly felt about the album. I then understood that it didn't really matter because I knew how special the music was to me and that's all that mattered and at the end of the day it is just someone's opinion. He just didn't get it, but that's fine. 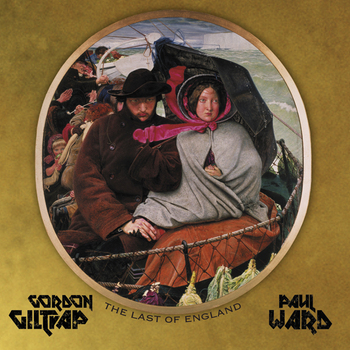 So there you have it. All the stars aligned and the universe smiled down.
The question I ask myself is... Was it worth the suffering just to create an album,and would I willingly go through it again? The answer is probably no.

Did dear Eric have to lose his son to eventually write Tears in Heaven? Of course not, but for him it helped save his sanity and helped him move forward.

Did I have to lose my beloved son Jamie to know what grief is? No of course not and none of us have the monopoly on pain. At this point in time I have no thoughts about composing a piece in his memory. He is in my heart all the time anyway.

This old Troubadour still has many tunes inside him, and if the Universe smiles down............

THANKYOU for taking the time to read this.xxx