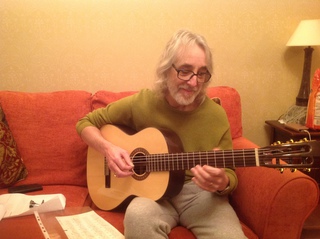 Hilary and I hope you had a restful Christmas, and wish you all a peaceful, healthy and happy New Year.

Well, not a lot to report on November except that I celebrated my grandson's 4th birthday on the 25th by having more surgery at the wonderful Queen Elizabeth Hospital in Birmingham. We saw the consultant liver specialist/surgeon just a week prior and was expecting a date to be at least two months into the New Year, but when he said "can you come in next Wednesday?" we nearly fell off our chairs!

The plan was to be admitted on the Tuesday night in readiness for the following days surgery to remove two spots on the liver, but we got a call to say it had been postponed until the Thursday all being well. The reason for the delay was of an emergency liver transplant, which of course reminded me that my procedure wasn't urgent. Anyway we rang late on Thursday to make sure they had a bed for me which they had.

I'm pleased to say that all went well with the surgery and only time will tell how quickly I will heal. The interesting and fascinating thing about my four days in hospital was the four bed ward I shared. The chap opposite's name was Tony Iommi! Honestly that was his name and he was a second cousin to the famous one. The bed diagonally opposite was a guy from Dudley called Simeon, and it was he who had the transplant that put my admission back a day! A great character who went to school with Lenny Henry. To my right was young Adam who turned out to be a fan and confessed that his favourite piece of mine was On Camber Sands! I just happened to have three Shining Morn albums with me, so they all found a good home on that ward. 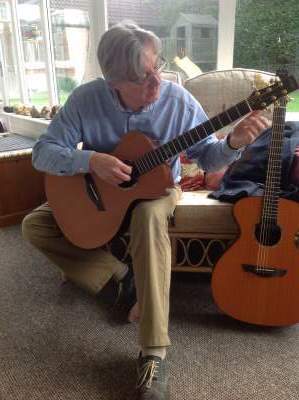 This time round they let me out after four days and I'm still recuperating as I write this. Last week I had the clips removed all 56 of them! I now have a tastefully decorative L shape scare that runs down my middle and off to the right ending just above my right hip. Dont worry I shan't be posting any photographs ...YET!

Incidentally I never told you all that when I was undergoing surgery in May, my surgeon Mr Sam Ford played my music during the operation. How amazing was that! It must have been a lot of music, as the surgery was five and a half hours....ouch.

What that then gave us was a spare day, so we decided to visit our friend and GG ACADEMY member Michael Gough who builds wonderful electric guitars from the best materials available. It was a lovely visit and even Hilary coped OK with the guitar anorak chat!

Hilary, friends and family have been a rock during this period as they were last May. There have been moments of tears and feeling sorry for myself but I have been told that it is only natural, and my recovery time this time round may take a little longer, and who's surprised having major surgery twice within six months! 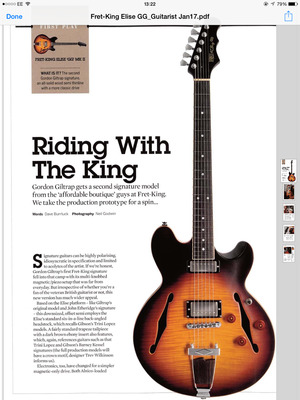 There is a cracking review of my new GG FRET KING ELISE MK II in this months Guitarist Magazine and yet another great review in Guitar Interactive Issue 46. I'm thrilled to be associated with such a quality product. Let’s hope it does well. Look at page 68 onwards!

Next month as you know sees the release of the new album so I shall be writing some in depth stuff on that then.