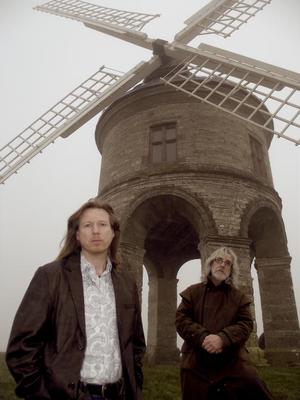 I was delighted to see that Oliver Wakeman and I were nominated in various categories in their bumper 200th issue of the magazine.

As you all know I’m very honoured to be one of their valued patrons along with Bob Harris, Rod Argent, Carl Palmer, Steve Hackett, Rick Wakeman and many more.

How strange that the Folk world never embraced me this way! Maybe it's because I was always more rock than folk, and at the end of the day it's good to be recognised somewhere, and I'm proud to be regarded as a Prog Rocker!

Our good friend Janie Webber, she of KTEL records is representing me regarding quite a few of my past albums and is planning to get pretty much all of my back catalogue up on iTunes in readiness for downloads. Janie is also representing me in terms of obtaining deals with the right record company for some of that catalogue.

Once all the titles are up on iTunes I shall be featuring an album of the month each month on these pages and also on Twitter. It will be nice to revisit those past albums and see if the old grey memory cells are still working, so watch this space my friends.

I received a lovely email from Serena Cross who produced the Bert Jansch celebration concert and filming at the Festival Hall last December. She said that sadly the powers that be at the BBC decided to NOT include my performance of the piece I wrote for the late Loren Jansch, because the piece wasn't written by Bert and therefore felt it wasn't relevant to the programmes content. Serena went to great pains to tell me that it wasn't her decision, and that it can be viewed online.

I feel it's sad for Loren's family that this remarkable woman is not being honoured in such a small way via this tune that I wrote truly from the heart. Even if I knew that the concert was being filmed I like to think I would gave still gone ahead and performed it. Anyway that's their decision and that's the way of it. By the time you read this, the programme scheduled for March 28th will have been broadcast but if you are quick there are 4 days left when you can still watch the concert and my clip HERE

The important thing is that the tune now exists and will hopefully be there for all time as a tribute to a very special person without whom....

As I write this we have already performed three fun gigs, the most outstanding thus far being Huntingdon Hall which our good friend Keith Meredith attended and has written a glowing and of course articulate report in these pages. The only way I can describe a 4PG concert is fun, mixed with a massive amount of respect for my fellow 4 Parters. We have four more concerts to perform before the end of the month and I hope they will continue to be as much fun as the ones performed thus far. 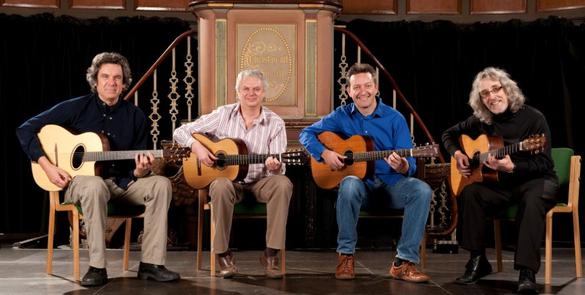 The foyer of the ecclesiastical Huntingdon Hall was deserted, and I feared that my gentle trundle to the fair city of Worcester had been in vain – had I got the wrong night? When I heard a few notes of a familiar tune I was encouraged: and when I peeped around the door of the empty auditorium and espied Mr. Clive Carroll on stage and was greeted with a “Hi, thanks for coming”, my fears evaporated. 4 Parts Guitar were on.

Having exchanged greetings with Gordon, John, Ray and Hilary in the green room, I deposited my coat on my seat and returned to the foyer to await the start of proceedings. I was shortly joined by Sue Webster and her other half Dean - and while Sue went off to attend to the things that agents attend to, Dean and I happily discussed life, the universe and motorbikes until the performance was about to commence. I now had to engage in close combat through a sell out audience to return to my seat.

Although the recipe for the 4 Parts musical feast remains constant, to keep the show fresh and this reviewer on his mettle, the order of mixing the ingredients has changed.

It therefore fell to Clive to provide the appetizer for the evening with his haunting piece, Oregon – with a chaser of what was described as a ‘work in progress’ entitled Guadalupe. Mr.Etheridge followed adding spice to the mix with two jazz orientated concoctions played in his own laid back style.

In a surprise move (to me anyhow), Mr. Maestro Burley and The Troubadour took to the stage together – Double Vision had arrived. Ray and Gordon presented four confections from G’s back catalogue – each given a little extra zest by being arranged and accompanied by Lord Burley. My notebook says Tears, Daisy, Racer and River – interpret that for yourselves.

So we now had all our ingredients. Following the interval, with all four performers together, they were to be stirred and blended into an increasingly complex concoction.

Highlights included John and Clive grinning manically at each other whilst playing Django Reinhardt’s ‘Swing 42’ with aplomb. A more mellow composition by Guismonte (sorry can’t make out the title from my notes – but a water tower seems to be involved) played by Ray and Clive calmed the mood: and the jolly Tailorbird from Gordon and Ray made me smile (it just does O.K.). All this and more led up to the final offering of our sumptuous feast – a frankly stunning rendition of A Dublin Day, arranged by Raymond for the whole company.

The encore presentation of Dodo’s Dream – again involving all four – was the icing on a very rich cake and I believe that all the guests travelled home with their auditory taste buds (if that makes sense) satiated.

The collaboration of these four exalted individuals leaves audiences both stunned by their mastery of their instruments, and delighted and bewitched by their evident love of music. Each of this fantastic four contributes an independent magic to the overall recipe – delicious. 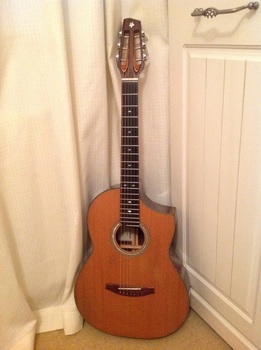 A new guitar in process

My good friend the guitar maker Roger Williams has been invited by JHS to design an electro acoustic classical guitar that will appeal to us steel string guitar players. A sort of cross over instrument that has to a degree a Rock sensibility. I'm delighted to have been the catalyst for this coming together of classical design and electronics.

The guitar's design will be based on the guitar he made for me a few years back that has a 12 fret to the body with cutaway construction. The instrument has quite a unique and beautiful look to it, and I for one can't wait to see the finished thing. I have used my steel string version on record and on stage with Ray Burley and features in our Double Vision DVD. 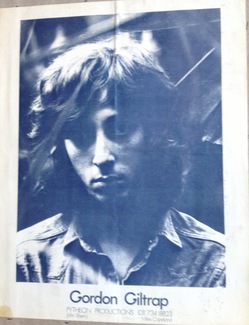 Here's another blast from the past. This dates from about 1971 / 72 and was taken in Kew Gardens by the late great and legendary Storm Thorgerson. Storm designed many of the iconic Pink Floyd albums that we all know and love, Dark Side of the Moon,  Atom Heart Mother,  Wish you were here, and many more. He even designed a cover for me that never got used. The album eventually became A Testament of Time.

Storm passed away about two years ago. A true visual genius. Pytheon Productions was John Sherry and Miles Copeland. Miles of course famously managed The Police and Sting...still does I think!

The last of my Partial Capo columns went into last month’s magazine. I have been asked to do more, and have agreed to continue with a series entitled "unusual tunings" which as many of you know isn't a hard thing for me to do bearing in mind that much of my output as a creative artist is pretty much based around weird and wonderful tunings. The series will start in the autumn for probably 6 more columns, which is fine by me as I love being associated with them. 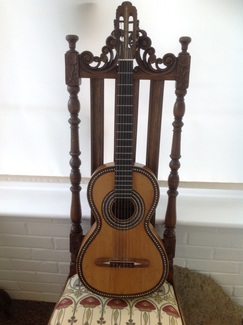 I February I did a feature on that old guitar of mine, and a very good friend of Ray Burley's, James Westbrook very kindly shed a bit more light on it, and low and behold, the great Bream did indeed play one as a young boy, and what a great picture that was.

Here's what he wrote to Ray on my behalf. It makes interesting reading.

There’s a photo of Tarrega with one too.

Briefly. The guitar as a serious instrument in London was at its peak in 1831. London attracted Sor, Regondi, Huerta and many others. Then in the 1880, the banjo and mandolin came along and all the serious guitar makers or London, Panormo etc, gave up. They couldn't or wouldn't make guitars that were now reduced to accompanying the banjo in BMG orchestras. Therefore In came a flood of cheap imports from Germany, Mirecourt and like your one from Valencia. This situation remained for 100 years until the late 1950s (hence Bream playing one as a child), and the start of the modern British luthiers such as H. Peterson and of course David Rubio.

I hope that explains.

BTW, Tarrega was probably playing a friends guitar (as was the case for a lot of Tarrega's photos), 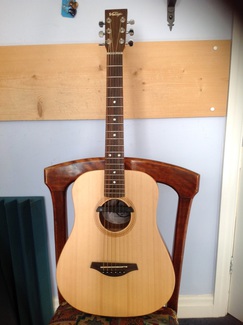 Many of you will recognise this sweet and VERY affordable travel guitar from the home page pic of me holding it. I acquired it last June and after fitting a Rare Earth pickup on it, I used it constantly until I got the Paul Brett Viator guitar.

Ironically the pickup is of higher value than the guitar, but believe me it sounds very sweet and was acquired to replace my banana necked Baby Armstrong guitar. Many have said it sounded as good and possibly better. Different but not better was my reply!


On a personal note

I would like to share some good news with you. As from the beginning of this month, my beloved Hilary and I shall be mortgage free! Yes, after nearly eleven years in our Sutton Coldfield home it will be ours .I'm sure many of you out there who have experienced that " final payment" will appreciate that feeling of relief to know that to a degree the roof over one’s head is paid for. This will hopefully give us a bit more freedom to pick and choose what gigs to do and what not to do, thus making things a tad easier as the years go flashing by.

More exciting stuff from the pen /PC / iPad of GG next time.