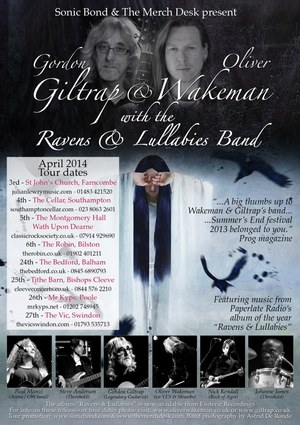 Well, here we are in February and already there aren't enough hours in the day to get stuff done.

My life at the moment is one big juggling act between relearning the Ravens & Lullabies set, the 4 Parts Guitar set, my solo material and then finding time to do some writing and recording.

Thus far I have completed a new commissioned piece, but of course can't tell you much about it except that it's for a special person’s birthday later this year and it is supposed to be a surprise!

I'm really pleased with it and it's quite a lengthy piece well over four minutes of just solo guitar. The guitar I used for the recording was my posh Baranik guitar gifted to me a while back, and I truly wanted to make use of its interesting sonic possibilities. Once I had recorded the whole thing here at home my good friend Mike Stranks came up from Oxford and a jolly few hours were spent figuring out how to get my hard disc recording transferred over to his laptop to be taken away and worked on. We did it in the end, and Mike (bless him) did seven different mixes before we decided on the one we both liked. I’m delighted to report that the customer was well and truly satisfied, which is always a relief needless to say. 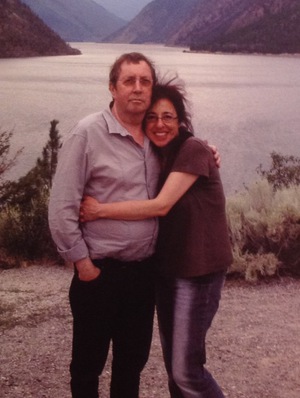 I'm so pleased that the piece I wrote in memory of Loren Jansch is getting such a nice response on Twitter from players who have watched the YouTube clip of me playing it.

I would like to say a HUGE thank you to Bob Wilson for creating some lovely TAB for it which is now available as a PDF on the Tips page and also at the bottom of this page for folk to download and play.

As yet I need to get into my studio and record a definitive version of this piece, but there is plenty of time, and as the YouTube clip is already in place, (see below) and I’m pretty pleased with my rendition of it on there so I can live with it for a while.

Everyone says what a fitting tribute this is to a very special person. Who knows what life this tune will have now it's out there in the public domain? 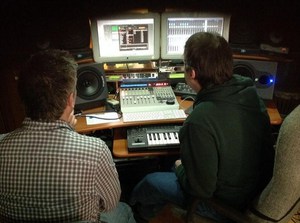 I mentioned last month that recording was started on a new version of Heartsong, and towards the end of February I was back in Paul White's studio to finish off the guitar parts, The foundations will then be laid for all the other parts to go on top. The wonderful news is that I have been offered the services of the bass player Craig and drummer Kev from Barclay James Harvest to play on this brand new version, they are both admirers of my work, and the lovely John Lees has offered the use of his studio free of charge for the session. How good is that?


My current record company Esoteric would like to release this 2014 version on the label, so it's good to know that there is a sympathetic label already in place to do the business. There are also plans for the label to re-release four of my past albums,Troubadour, Elegy, Peacock Party, and Airwaves.

Hilary and a I had a cracking meeting with Mark and Vicky from the label at their Oxford home to discuss the release of these albums, and to that end I came armed with the original quarter inch masters as well as other bits and pieces to help make their job that much easier. My good friend and musical partner Mr Oliver Wakeman will be doing the artwork. You may remember that Oliver did a splendid job on Visionary, Perilous Journey and Fear of the Dark, so I'm in safe hands there.

There are plans afoot to develop a new GG classical guitar under the Vintage banner once again, and this time the design will be based on Roger Williams’ superb guitars. For a while now we have felt that there is a space in the market and within the JHS catalogue for a nylon strung guitar that would appeal to steel string players who like the feel of a low action acoustic but with the mellowness of nylon strings. Although aim not known as a classical player, in fact not known at all,( that's because I ain't one,) I do love the sound and have as you all know used one for recordings the past. Listen to ‘Is this the Last Song’ from Ravens and Lullabies to hear me picking away on a very nice Raymond Burley signature classical to know I speak the truth.

Watch this space for future developments on that front. 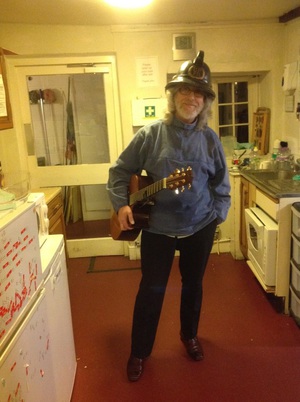 I have already done two gigs this year, the first one in Stourton was a cracker bearing in mind I was a bit rusty and it was the first gig of the year.

The second gig for me personally wasn't so good performance wise at Chipping Norton Theatre, because I had overdone it the day before with a late night and a couple visits to see friends. Pleasurable as they were they took it out of me somewhat. A lesson to be learned there...pace yourself and don't take on too much. I found this delightful helmet back stage at Chipping Norton and couldn't resist trying it on...

The George Hotel in South Molton has been a fairly regularly  gig for me over the years, and although  it is a 180 mile trip one way, once you’re there its fine. The concert was a sellout and it was great to have Andy and Jenny Smy there along with his mother plus friends, also two wonderful fans Jayne and Neil, whose enthusiasm was truly wonderful. Good to see Jim there also.

The following days gig in Minehead was ‘interesting’ in as much as it was in a cafe called Cream who have recently been putting on concerts in the venue. Again a wonderful crowd with Mr Smy once again in attendance with even more friends. He's a very popular man is Andy. Our thanks to both venues for hospitality, and also to pals Jenny and Ian Miles for our bed for the night.

My good pal Del Newman will be appearing on The One Show soon, as Elton John is re-releasing the Goodbye Yellow Brick Road album this year to mark 40 years since its release. Del played a huge part in the albums success musically as it was he who did all the superb string arrangements. I hope he had a good time. 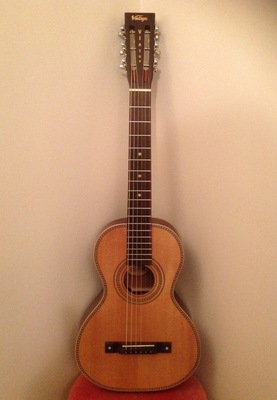 This month’s guitar is the Paul Brett Viator. This lovely little instrument has taken over from my Vintage travel guitar featured in the photograph on our home page, which in itself took over from my Baby Armstrong that I retired last year due to having had to put up with its idiosyncrasies for so many years, a bowed neck and god knows what else, but I'm sure you will all agree I made the best of it, and it did have a unique sound as do all of Rob Armstrong's instruments.

This superb instrument has a built in Fishman pickup and comes at a ridiculously low retail price. You won't be surprised to hear that it has sold like hotcakes, and my good pal Eddie Giddings will soon be the proud owner of one.

I currently use it on at least four tunes, and I’m certain more will emerge in the future. 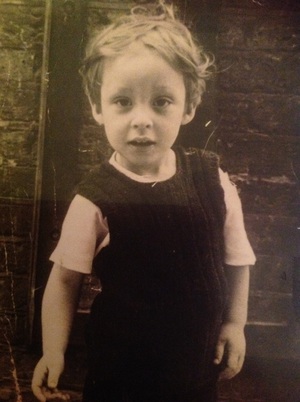 I shall have played one more concert before this month is out in Bakewell. I hope it goes well and will probably report back next month.


Let us hope the rain eases up and we have spring to look forward to.

Stay dry and Be Well one and all.
Tweet