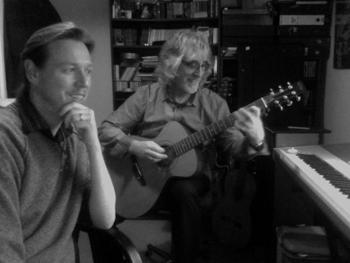 Hilary and I spent Valentine’s Day with the wonderful Wakeman family. Oliver, Lisa, Arthur and Lisa’s Mum Pat in their home in Bourton-on-the-Water in the delightful Cotswolds. We had gone over for our second visit to look at new material for our forthcoming album.

That evening Hilary and I stayed at the Old Manse Hotel in Bourton, and what a delightful stay it was, marred only by being greeted with a flat tyre on our new VW Passat (well second-hand  actually) which had been parked outside the Edinburgh Wool shop in the village. It was the last thing I needed on that sunny bright and crisp morning.

I rang Oliver and within a few minutes he was there to help jack up the car and remove the offending flat tyre. How rock and roll is that having one of the great keyboard players in the business help me change a tyre. Oliver I can’t thank you enough guv!

Things are going great with the album’s plans. We already have a working title for the album and some cracking art work in place ready to go. Obviously I can’t tell you what the outcome is going to be, but I promise you, whatever it is will I’m sure bring a few surprises, and pleasant ones I hope.

Those of you familiar with Oliver’s work from the past will know how brilliant he is. The most important thing is though; he is an outstandingly lovely person with no hidden agendas or ego issues, which in this crazy business is a rare and wonderful thing to behold.

Our agent Sue Webster is raring to go on the gig front, and dates are being put in for the Wakeman Giltrap duo to be doing piano and guitar concerts sometime in October, and then a tour in March of 2013 will follow. Exciting times ahead for this ageing Troubadour.

Oliver is now on Twitter so do follow the links and “READ ALL ABOUT IT”. More news as it happens.

I’m very excited to let you know about a new project I’ve been working on.

I have long been a devotee of Hypnotherapy and the power of the subconscious mind. To that end I’m delighted to report that a complete range of programmes to help folk with over eating, smoking, stress etc is now available to download from iTunes. The programme is entitled Receptive Relaxation.

I more than anyone would benefit from these superb programmes created with my friend the highly skilled hypnotherapist Ian Wood. I supplied the music and the great man did the rest!

The track 'All The Days Of May' was duly composed and recorded and we then went into a studio to produce six programmes: 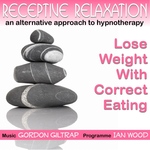 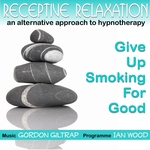 Give Up Smoking For Good 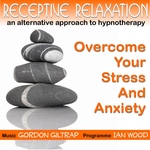 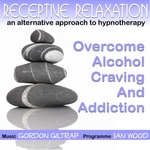 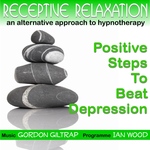 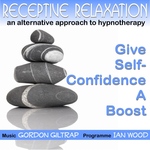 Give Self-Confidence A Boost


The programmes are all now available to download from iTunes (simply search the iTunes Store for 'Gordon Giltrap' or 'Receptive Relaxation') at a cost of just £6.99 each.  If you’re looking for a bit of help and support for any of the above then why not check them out. More information HERE or in the Discography section

Now where did I put my 'correct eating' CD?

Just a reminder to let you know that Echoes of Heaven is out there to download and will be officially released at Easter as a standalone CD. The PR machine is moving in to action as we speak and radio interviews are already planned. 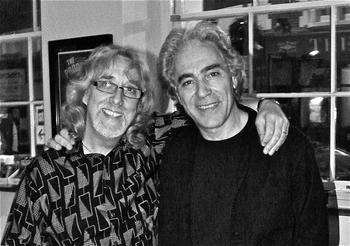 I met Woody many years ago at the International Guitar Festival up there on the Wirral, and we have been good friends ever since. Those not familiar with Woody should check him out. He is in my opinion one of THE great white blues men alive today. He is a great guy with no ego problems and is such fun to work with, he has even got me improvising on one of the pieces we play together at the end of our concerts; Great Dreams of Heaven.

We played at a delightful Arts theatre up the road from Buxton Opera House on Tuesday the 21st of February, then a pleasant day was spent at our place before the flight to Belfast for our gig at the Nashville Songwriters Festival on the 23rd. Both concerts were well received particularly the Belfast gig, and we all know how much the Irish love their live music. The only down side was the fact that my FX pedal didn’t work in Belfast so I couldn’t play Camber Sands or Mrs Singer’s Waltz, but as we only had 30 minutes each allocated it was wasn’t a problem.

On the Friday I was asked if I could do a photo opportunity for Baird’s guitar store in the town which I did, and what a great shop it is. Bless them for stocking my GG guitar!

Woody is over again later this year so do try and get to one of his shows and indeed one of our joint gigs. Working with players of his stature is great for me and brings out different aspects of my playing. I’m so lucky to have worked with such a great cross section of brilliant players over the years.

Many of you may remember Ray’s superb The Long Road Home CD released a while back. Ray now has the rights to re-release it, and to that end I have secured a deal with a new label to once again make this CD available.

In order to make the re-release a little special Ray decided that he would like a couple of duo pieces as bonus tracks. That is where I came in. On Thursday the 16th of February Ray and I were at Paul White’s Malvern studio to record 'Maddie Goes West', and' Down the River'. Both tracks turned out really well! Also whilst we were there Ray recorded a new piece of mine entitled ‘Wherever there was Beauty’. Once again a successful recording and performance was much in evidence.

It is always a joy and a privilege working with this gentleman virtuoso of the classical guitar, I just wish the demand was there for he and I to do more together.

Look out for the re-released Long Road Home album due for release within the next six months. It is going to be a cracker! 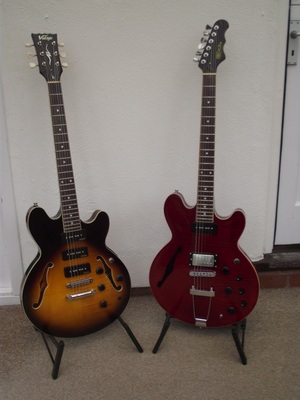 This month I have a fine matched pair of electrics for you to gaze upon.

The one on the right is the proto-type GG Elise Artist electric out in the market place in a few months time. You will already have seen the picture of the production model but here in all its glory is the prototype. You will notice that it has a tailpiece. Unfortunately combined with the under saddle acoustic pick-up it created a strange vibration and just didn’t work, so those clever chaps at JHS/Fret King namely Trev Wilkinson decided to go for a stop tailpiece, which in my opinion doesn’t look quite as cool but certainly eliminates that vibration problem. I have already been using this instrument in the studio as a standalone electric and it sounds great. I used it on that track 'Splinter' that made a brief 'live' appearance on an album a few years back. I have since re-written it and it sounds more sort of 'complete' to me.

The guitar on the left is the Vintage AV3, a guitar that I have been using for over a year now for 'The Dodo’s Dream'. This one has a Fishman under saddle transducer for the acoustic sound and 3 P90 style pick-ups for the electric side of things. You can see the similarity between the two guitars and the Elise has been based on the AV3 but is more up market and branded under the Fret King Black Label range. Both guitars are fabulous. The AV3 is no longer in production so if you want one grab a bargain on EBay if you see one come up. It won’t be the same as mine with the custom fitted Fishman pick-up but is a great guitar for all that. With all things coming from the JHS organisation it represents outstanding value for money.

As I type this I’m mentally preparing myself for the chaos of the Guitar Show in Birmingham on Sunday the 26th. These affairs can be chaotic but fun. Will report back if anything outstanding happens! I’m there under the banner of JHS, so there obviously will be some serious flag waving for their superb product.

Delighted to report that the show went well at the New Bingley Hall. This guitar show was delightful because it was quite small compared to most of the shows I have attended. My 2-oclock spot was well received with much laughter at my jolly quips. Good to see old friends like Lars from Guitar and Bass magazine, and Peter Brown who for many years ran Express Music in Shirley, a cracking shop! I have fond memories of those days. Pete has been out of the loop for a while but is planning a return to the industry soon. We wish him well.