JHS along with Trev Wilkinson are launching their new Black Label range of electric guitars this year’s NAMM in California. Part of the range will be the new Elise Gordon Giltrap electric guitar. As you all know, over the last few years I have had the opportunity to dust off my electric playing and feature it within The Dodo’s Dream. During this time I have used several guitars for this purpose including a cheap Chinese Telecaster hi-brid called a Farida, a Variax 600, a wonderful Steve Toone custom guitar with Variax electrics, and over the past year or so the Vintage AV3.

All the instruments have done the job pretty well and all have their own merits including the Farida. Since using the Vintage AV3 with its customised Fishman bridge, it made perfect sense to develop that idea even further; the end result being this stunning new GG Elise guitar.

What I and the company were trying to do was to create an instrument that would appeal to primarily acoustic players like me who want to make that giant leap over to playing the electric guitar as well. Well, we have done it, or more the point, that genius Trev Wilkinson has and what a stunner it is! You will probably have clicked on to the link on the home page to view my “fun” demo of the Elise. It really is a remarkable guitar and I can’t wait to get my hands on the production model after the NAMM show and start gigging with it!

The guitar has already had a glowing review in the Feb 2012 edition of Guitarist, click the link at the bottom of the page to read.

This gives me a chance to mention the new mahogany version of my award winning (I love saying that) GG VE 2000 acoustic. It is a standalone model without the onboard pickup’s, and has a lovely warm/rich woody tone to it. Once again it comes with a nice fitted Kinsman case. I spent some time setting it up the way I like it and have fitted a Fishman Rare Earth pick-up to it, and shall be using it on stage pretty soon. Once again JHS have come up with a cracking instrument at outstanding value. The GG mahogany has a lower retail price that its older brother and I believe will do well.

Full details of the range HERE

Whether it will have the same impact as its older brother will remain to be seen. Both this guitar and my new electric deserve praise for their qualities. You never know, we may even get a few more awards. Watch this space eh! 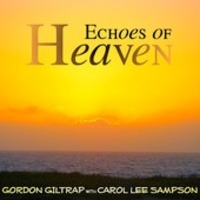 This month will see the “official” release of Echoes of Heaven. We have on board my favourite PR man and friend Alan Robinson, who has worked on many of my resent releases including Shining Morn and the Giltrap/Wakeman album Brush and Stone.

I’m hoping for lots of radio and media exposure for this album for all the reasons stated within these News pages of recent times. I’m half expecting a mixed reaction because of the albums nature, but just hope that people will be open minded enough to accept it for what is; an album of good tunes, with fine vocals from Carol Sampson, soul searching lyrics from Martin Green, and an interesting take on some of my old prog rock classics like Heartsong and Roots.

I’m stealing myself for those soul searching questions about faith and spirituality and hope that I find the right words to explain that Echoes of Heaven is part of a journey with its roots that go back pretty much to the beginning of my career, and certainly was established with Visionary, and continued to tread that path with The Brotherhood. I have always been fascinated by these themes and have said before and will say again that spirituality isn’t just the domain of Christianity, and comes in many forms. Enough said for the time being. I just hope that folk will enjoy the musical experience contained within the album.

The CD can be purchased from www.sentimental-journey.co.uk,  Amazon or downloaded from iTunes

This year is going to be a bit special, as I have invited Oliver Wakeman, son of Rick to be my collaborator on a project. I’m delighted to say that he has said “YES” Please forgive the obvious connection with a certain band! 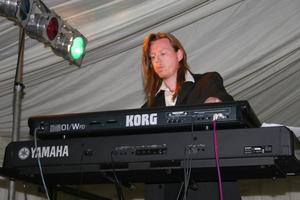 To that end I have started the painful process of composing material for a new more rock orientated album, with almost a return to my Prog Rock Roots of the 70’s.I’m currently working on a piece dedicated to Hilary called 'One For Billie' that I started nearly 20 years ago, and which in its original form is on YOUTUBE. What I have done is basically to de-construct the piece and start afresh with new ideas and a new approach which I believe has improved the piece beyond recognition, whilst retaining the essence of the original.

I have to confess that the older I get the longer it takes to write this stuff. Maybe it’s to do with the passing years or maybe just the desire to create as near a perfect piece as possible. That intention has always been there within everything I write, but not everything has that “magic” quality to it like Down the River, Heartsong or Camber Sands, but one keeps trying to aim for the stars and by so doing one hopefully creates work of lasting value.

With Oliver’s input I’m certain it will make the creative journey, sometimes PERILOUS (sorry about that), so much easier and satisfying.

If you are a Twitter user you can also keep up to date with progress by following Oliver. @OliverWakeman or visit his website www.oliverwakeman.co.uk

On the 16th of January I played my first gig of 2012 at a wonderful venue called The Crooked Billet in Stoke Row just outside Henley on Thames. It is a stunning old pub/restaurant that has over the years seen many a music legend perform within its hallowed walls, including George Harrison, Gary Moore, Alvin Lee, Joe Brown, Chas and Dave and many more. I was happy to have been added to the list!

Paul, the owner is a charming man who really looked after Hilary, Mike Stranks and myself really well with superb food before the show. The only challenge that presented itself on the evening was finding enough space within the room to set up my equipment and Mike’s PA. In the end we just used one speaker and I managed without a vocal mic.

All in all an “interesting” evening, and one that Paul the owner wants to repeat! For all its drawbacks I really wouldn’t mind playing there again, but this time PLEASE create a tad more space for the kit... grin.

It was with a degree of sadness that I heard last year that one of my favourite guitar stores had ceased trading. The shop in question was Guitar Junction in Worthing Sussex. This shop and its founder David Crozier had served me well over the years providing me with some wonderful guitars and in turn selling on my behalf some of my unwanted treasures.

Out of this situation has grown like a phoenix from the ashes an even better shop, once again having David Crozier as its leading light. If truth be told David had flown the nest for pastures new well before the demise of GJ. 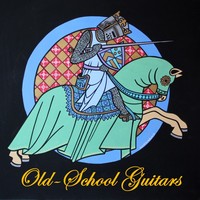 Old School Guitars has recently opened its wonderful new premises in Newhaven and what a place it is!

Go to  www.oldschoolguitars.co.uk and all will be revealed. The website is updated virtually every week.

If you want a great shop with rooms full of wonderful instruments and a rehearsal room within its grounds then look no further. This shop offers the complete service, from guitar repairs and set-ups to expert advice on selling or part exchanging your unwanted guitars for that guitar of your dreams.

That is where I come in! Hilary and I visited their shop on Thursday the 5th of January with our Volvo loaded to the brim with some of my precious guitars that I felt deserved new homes. If you go on their website you can view them in glorious detail. 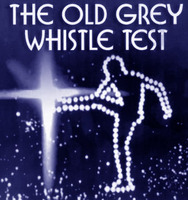 What we have in Old School Guitars is a return to the finer things in life guitar wise. People who really care about these instruments and want to share that passion with anyone who walks through their door. You can browse in a delightful and civilised atmosphere to your heart's content without any pressure being put on you in anyway shape or form. The only question you're likely to be asked is... Would you like tea or coffee?

Whilst browsing through my iTunes list I noticed that Heartsong is on the new Whistle Test compilation. This leads on from my interview last year with Bob Harris and the 40th Whistle Test celebrations. It's nice to be a part of that history that's for sure.

New Piece of Kit For Recording

I’m currently using a new (or new to me) piece of kit for recording. It is a wonderful idea for clamping a bracket to a guitar and mounting a microphone of your choice to it. This enables the performer more freedom of movement and therefore making the recorded performance more consistent in terms of level and tone. This H-clamp is perfect for me in my home studio and will certainly take a degree of the strain out of future recording and free me of the worry of a cumbersome microphone stand. I saw this piece of kit years ago and thought what a great idea. 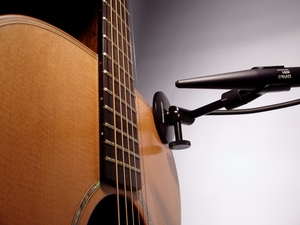 The ExplorAudio H-clamp allows almost any microphone to be attached to essentially any guitar.

Attaching microphones to guitars combines the sound quality of a microphone with the convenience and freedom of movement of a pickup. In the studio, this means the mic can be positioned to capture the perfect tone and held precisely in the same position for as long as it takes (hours, days or more) to get the perfect recording. That means not only that the guitarist doesn't need to remain motionless in front of a mic stand while playing but also that they can put the guitar down, take a break and come back to play again - any and all takes can later be spliced together seamlessly because the recorded guitar sound will be identical throughout.  Although it's not always possible to use microphones on stage, when it is (either alone, or blended with a pickup), attaching the mic to the guitar again liberates the player from the mic stand

Microphones built into devices for attachment to instruments have been around for many years but no single mic is ideal for all instruments or situations. What sets the H-clamp apart is the ability to attach the best available mic to the guitar, rather than having to use a mic with its own dedicated instrument mounting device. In essence, the H-clamp turns any mic into a guitar mounted mic, eliminating compromise in microphone selection without forcing the guitarist to stand or sit completely still in front of it.

Full details about the H-clamp and its uses can be found at www.exploraudio.com

I watched the tail end of a wonderful documentary on Vaughan Williams recently. It makes such a nice change to find something decent on the box. This programme which I had seen before was wonderful and so inspiring. What a great human being he was, and how wonderful it must have been to know him. He was without doubt our greatest composer along with of course Elgar who I love, but for me VW is the man! Where did all those beautiful tunes come from? It’s all a mystery!