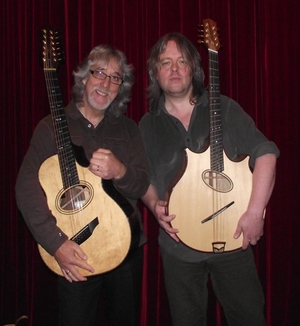 Hilary and I have just celebrated our 25th wedding anniversary. What follows is an account of how we marked the occasion!

On Monday the 16th of May we visited that astounding musician Troy Donockley at his home just outside York. Troy and his wife Terry and daughter Mia are the nicest family one could wish to spend time with. I met Troy recently after a Barbara Dixon concert in Lichfield. It was only the second time we had met and we hit it off straight away, so much so that both of us felt as though we had known each other all of our lives. It was at that meeting that Troy suggested we should somehow work together. Without giving too much away I can tell you that this WILL happen as some point in the near future. I have invited Troy to be my special guest at my Birmingham Town Hall concert on October the 10th. At this point in time we have no idea what the format of the evening will be but there is plenty of time to plan this event. I’m quietly excited at the prospect.

Anyway, I digress. When I set out I carried TWO Fylde guitars with me, my fan fretted 12 string and the guitar that I gave to Sir Cliff all those years ago and which he has kindly loaned me for the foreseeable future. On arriving at Troy’s place, I opened the case to show him both guitars. He was totally knocked out by the fan fret 12 as he already has a fan fret Bouzouki that Roger made him recently. After the playing the 12 string he declared that it was love at first sight or strum as was the case here, and expressed a deep desire to own one.

I explained the reason I was taking it to Roger Bucknall was to get the neck slimmed down as the neck width is sadly hurting my hands...old age methinks. After much discussion we thought that it would make sense for Troy to have my 12 string and for Roger to make another narrower necked version for me. I’m delighted to report that a deal has been struck and Troy will now be the owner of my 12 string, and the great Bucknall will make me another. This is a win win situation all round!

Troy apart from being a superb multi instrumentalist is a master magician and is indeed a member of the magic circle. Some of the illusions he showed us over the time we spent with him were truly awesome. Troy Donockley is truly magic in more ways than one. Watch this space for future developments musically between he and I!

A very special thank you to our friends David and Helen Nixon for their superb hospitality. We met the Nixon’s whilst playing in their local village Hall. David is a very keen guitarist and owns some cracking guitars including a nice Martin D 28, a Seagull, and a Taylor. He now has a hankering for a Fylde guitar. Whilst we were staying over I sorted out his ancient EKO Ranger six string that was pretty much un-playable. With a few tools I soon had it playing the way it should have been, when purchased over 30 years ago. Dave was a happy bunny. I just love trying to make guitars “better”.

Our next port of call was a planned three day stop over with guitar maker supreme and dear friend from way back Mr Roger Bucknall and his lovely wife Moira.

Much has been written about my friendship with Roger that goes way to 1972. Since that time he has become one of THE great instrument makers in the world. Roger has spent the best part of 11 years doing work on a round house in the grounds of his home near Penrith. He and Moira have finally moved in. The house is truly stunning and the great Bucknall has done much of the restoration himself, made all the window frames and some of the brass window fittings. How this man has found the time is beyond me. Over the years he has battled hard against health problems and bereavement as well has running a highly successful musical instrument making business. A truly remarkable friend and human being.
Roger has a wonderful online Newsletter. For those interested in getting on his mailing list just go to www.fyldeguitars.com and sign up today.

Our thanks go to Roger and Moira for sharing in our wedding anniversary and for bringing things full circle. It was 25 years ago that we spent time with Roger on our honeymoon, and it was that very Fylde guitar that I gave to Cliff that I had with me way back then. The guitar sounds better than ever and is a testament to the man’s incredible skills as a guitar maker.

Whilst staying with the Bucknalls we also found time to visit Jacquie and Ian Cowan at their beautiful Lakeland cottage close to the lovely village of Ireby, where just over a year ago I played a benefit concert for the local WI to raise money for the halls restoration. Jacquie is a superb local artist and Ian builds very fast cars!

In spite of the weather Hilary and I managed to visit the beautiful Rydal, and Coniston Water where there is an amazing museum dedicated to John Ruskin and features much of the late great Donald Campbell’s memorabilia. Well worth a visit! 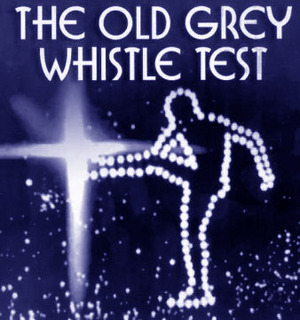 So there I was in the beautiful cathedral town of Lichfield sitting in a cafe drinking coffee with friends when the mobile rang. It was a very pleasant voice that said ‘hello is that Gordon? I replied in the affirmative. This lovely lady then went on to introduce herself as Trudie Harris the wife of Bob Harris.

She went on to tell me that this year BBC Radio are celebrating 40 years of The Old Grey Whistle Test. They are putting together a 16 part series dedicated to this classic series, and artists far and wide have been invited to appear on the programme, and would I like to be a part of it. Would I, I exclaimed! For me Bob Harris is a national treasure, and it is indeed an honour to be asked. Trudie then reminded me that I had been on the show about five times! I still can’t believe that it is 40 years since I first appeared on the forerunner of the show, Disco 2 way back in 1971, and thereafter many times with my various Prog Rock releases and even an appearance with a medieval ensemble called The City Waits. I was singing in those days so let’s not go there!

I feel SO privileged to have been a part of such a legendary show, and all these years on to be remembered for doing it. To be invited really is a great honour: I’m deeply touched.

Hilary and I travel down to London on July 6th to BBC’s Maida Vale studios for the interview. Bob has requested that I bring a guitar along to play the odd impromptu tune. Steve Harley will be his other studio guest on the day, so I’m looking forward to meeting him, it will of course be great to see Bob again after all these years!

I shall be taking my JHS Vintage VE 2000 signature guitar for the session and hope to speak about it on the day and say what a significant instrument this is, and what a huge part it plays in my life right now, not only for the present, but for many years come with all the various GG models planned for the future.

When the 'Old Grey Whistle Test' was first broadcast in September 1971, the world was a very different place. Digital technology was a distant fantasy. CD's were eleven years away. You bought your music on vinyl. In 1971, there were no downloads, no mobile phones, no personal computers, no internet. Video technology was in its infancy. In those days, multi-channel television meant BBC 1, BBC 2 and ITV. That was it.

Two music shows dominated our screens throughout the 70's and into the 80's. One was 'Top of the Pops', with a format based on the singles chart. The other was 'Old Grey Whistle Test', designed to reflect the massively growing album market. You had to have released an L. P. to appear on 'Whistle Test'. That was the deal. There was nothing else even remotely like it on British TV. 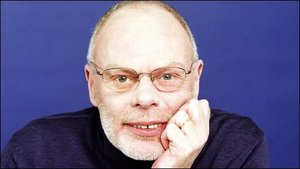 'Whistle Test' was uniquely eclectic, featuring big stadium bands and brand new acts, across a range of styles. From Led Zeppelin, the Eagles, Bob Marley and Curtis Mayfield, to Freddie King, Steely Dan, Emmylou Harris and Elton John, the programme delivered the best of its time and premiered artists who went on to sell millions.

The format was amazing, with live performances, concert footage, archive, interviews and filmed reports...every week, forty two weeks of the year, for the best part of sixteen years. The impact of the programme was huge...in a way that is less possible in this multi-format age. 'Whistle Test' became the focus for a whole generation of serious music lovers, because it was all about the music.

The legacy is incredible and this collection is the first of a series, highlighting some of the tracks and performances that created the 'Whistle Test' ethos. Analogue heaven for the digital age.

My very good friend Mr David Crozier has just opened a new Guitar Salon called Old-School Guitars. This isn’t a shop but really is more of a guitar salon, where you can view instruments by appointment and just spend some quality time in David’s superb company, drinking coffee and trying out some of the most beautiful guitars known to man. 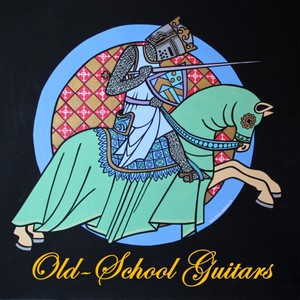 David has had the dream of having an establishment of this nature for some time now, where serious players and collectors of high end instruments can spend time in a civilised atmosphere where excellence in guitar artistry is paramount.

I shall certainly be taking time out to visit the great man and maybe, just maybe take along a few of my treasured instruments to see if David can find a new home for them.

It was David’s brain child a few years back that led to the creation of Guitar Junction in Worthing, a fine establishment indeed. He has now retired from that business and with Old-School Guitars I believe David has realised the next stage of his vision.

Go to www.oldschoolguitars.co.uk and see for yourself. What you will find there is everything to meet the guitarists needs all under one roof! 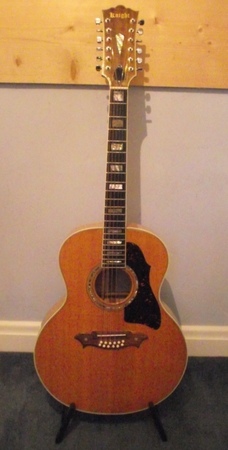 This month’s guitar from the collection was made in about 1973 by the late Dick Knight. For those in know, Dick Knight’s guitar were highly desirable especially his arched top jazz guitars that today fetch several thousand pounds.

I bought this beautiful beast from a shop in Denmark Street about a year ago. Without a doubt one of the best “traditional” sounding 12 strings I have ever owned.

Players who own Knight guitars include Mike Oldfield and John Renbourn along with I believe a certain Mr Mc Cartney! This guitar really is a slice of guitar making history bearing in mind that the great Dick Knight passed away a few years back.

I hope to keep it as part of the collection!