The Dodo's Dream from Chrishall

Some more videos from Fringford and Chrishall are available for viewing on my YouTube Channel here.

My three concerts at the beginning of the month were all VERY special in their own way. For my part I was somewhat disappointed in my performances due to the fact that the venues were a wee bit on the cold side, and being a chilly mortal I need the comfort of warmth to perform my best. Be that as it may they were all great fun, and I’m delighted to say that one show, which was a fund raiser, did rather well raising over £1,300 for that particular cause.

Well, I was told that I would enjoy it and by golly I did!

I had been asked to play the festival for a number of years but had declined because of the distance involved, and in all honesty I have never felt that comfortable surrounded by brilliant guitarists, it’s kind of intimidating, and I agonise enough over my playing as it is.

Ullapool is different. It is a great social scene as well as a festival, and bearing in mind the number of world class players attending there wasn’t a single evidence of ego mania in sight. 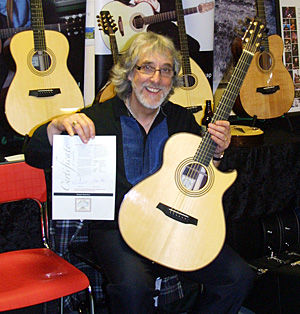 I truly loved every minute and much of the time was spent on the Fylde stand chatting with Mr and Mrs Bucknall and just sitting round playing outstandingly brilliant guitars.

I have a confession to make...I picked up a lovely lightweight mahogany Fylde Orsino and just couldn’t put it down, the upshot being... yep you guessed it, I bought it, instantly blowing the gig fee on this lovely guitar. I am SO blessed to have such an understanding wife in Hilary, who just said ‘buy it you deserve it’.

The recent Fylde newsletter ( click the icon at the bottom of this page ) gives an insight into the Festival from Roger Bucknall’s point of view along with some photos and video links.


The players attending this year’s festival read like a who’s who of world class guitarists and they included....

I could go on forever about the festival, the beautiful scenery, the weather (which was stunning) the late night sessions etc, but there is not enough space here. Suffice to say that hopefully if I get invited back Hilary and I shall be there.

Ullapool Guitar Festival has got to be the best small festival on the planet. I hope it remains as intimate and charming as it is right now.

My thanks go to Richard Lindsay for inviting me and for allowing me to go on first for my allotted spot as opposed to last, which although perceived to be the star spot wasn’t really because there were no stars at the Festival just a collection of incredibly gifted people giving and sharing their gifts with an appreciative and receptive audience.

Long may it continue. 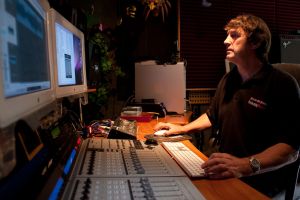 I'm delighted to report that our good friend Paul White has been honoured by the music industry with a BASCA. (British Academy Gold Badge award ) This is one of the highest awards that can be bestowed on someone within the music industry for services to music and the business generally.

We have had the pleasure of Paul's friendship along with his lovely wife Christine and daughter Emma for the best part of 24 years. This award is SO well deserved. All of you who own any of my albums will know that Paul White has been a huge part of their creation recording wise.

I'm proud to call him my friend.

Congratulations Paul from your pals Gordon and Hilary.


Apart from Ullapool, I would also like to make mention of the following dates performed thus far.

Another sell out village hall gig and a return visit to boot. My thanks to sir David Sykes and lovely wife Lynn for their superb hospitality. It was also a joy to meet the brother of the late great Dave Hodson he of guitar building fame. His brother Chris attended the concert and made himself known after the show. It was good to share a few fond memories of Dave. He was most pleased about the upcoming auction for Rob Armstrong being featured in Acoustic Magazine, and agreed with  me that it served a dual purpose of raising funds for this worthwhile cause, and keeping his brother’s name alive.

Many friends old and new attended the show, which for me was a bit special because of that fact, plus the chance to chat to a great guy called Andrew during the break and after the show. Andrew was recovering from a major operation on his left hand which had suffered greatly over the years through arthritis. Andrew said that the operation was a success, the hand was healing nicely and that he hoped to be back playing the guitar after a very long absence. He very kindly wrote me a letter thanking me for the dedication of Lucifer’s Cage for him and for inspiring him in a very deep way.

How lucky am I to have the privilege of touching folk in that way with these old tunes of mine. Be well Andrew and we look forward to the day when you are playing that old hollow box that many of us love so well.

Here is a little name check for all the friends who attended.............
Jemma Wakeman, the beautiful daughter of Sir Rick Wakeman is fast becoming a huge fan of my music now lives in Bath and loved the show. It also gave us a chance to give her a copy of Brush and Stone, which she hadn’t heard....shame on Dad...grin! Dave and Val, Eddie and Serena, Bob and Jane, David Mead and wife Carol. It was David who reviewed my guitar for Acoustic......(watch this space)! Stu Power and wife Micky who travelled over from Canada. Chris and Ann, Terry O’Dee, and Bob.

The gig was more like a party than a concert. If only they were all like that eh! 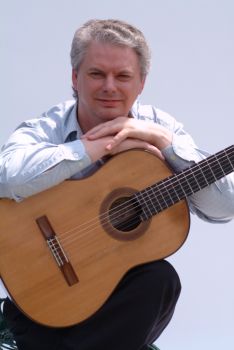 One of the most exciting things for me right now apart from my signature guitar which is about to hit the shops are plans for my dear friend Raymond Burley to have his own signature classical guitar out there in the market place.

Ray writes: “The musical instruments manufacturer and distributor John Hornby Skewes (JHS) is currently cloning my Martin Fleeson guitar in China. They will be producing a 'Raymond Burley' signature guitar in three different models: a spruce top (like the original), a cedar top, and an electro acoustic.

The original was made for me in 1985; Martin died the following year. After acquiring the instrument I played it continuously for more than 20 years. I would rate it as probably the most versatile guitar I've ever owned. It was used on 16 CDs. Over the years it has been re-fretted twice by Christopher Dean and re-polished once by Roger Williams. Unfortunately it suffered small splits in the front and back from severe US and Canadian winters. The guitar was retired a few years ago. It's an instrument I would never sell - it served me well and is of great sentimental value. I'm very much looking forward to seeing the JHS version in due course”.

As mentioned last month, I’m featured in quite a few magazines this month!

First of all the October issue of Guitarist magazine have reviewed my Vintage GG signature guitar, and have given it a 5 star rating for value and awarded it the Guitarist Choice which really is a stamp of approval! There is also a separate interview with Dave Burlock where Rob Armstrong and I chat about the instrument and our general opinion of it.

Classic Rock Presents Prog also features yours truly chatting about the new album. It also features a humorous look back at those heady days of the 70’s and THAT picture disc. The magazine is a pretty amazing package coming with its own posh envelope to protect it. Ironically the featured artists on the cover are none other than my old buddy Mr Rick Wakeman and Jon Anderson.

Acoustic mag, the November issue features my techniques column where this month I’m looking back at a piece entitled Prelude to Pastoral from the Perilous Journey album. My old friend Raymond Burley is in the mag as well with his Classical guitar column. There is also a news item about the Hodson guitar auction linked to the fund raising for Rob Armstrong.

Every so often I have a prick of conscience and seriously think about selling guitars that aren’t being used to the extent that they should be.

To that end I shall be taking about 10 instruments to my friends at The Guitar Shop in Worcester to set about selling them for me.

Many of these instruments will have been a large part of my recorded history.

As mentioned last month, Hilary and I will be traveling down to London on Tues 2nd Nov to record an episode of Never Mind the Buzzcocks which will be aired in the very near future.


And finally .... The most pointless review ever?

You might assume that only good reviews of my music are included on this website - not so !

This review spotted in Blackpool's Life Magazine has to be the worst review of any of my albums ever. You'll note that no-one puts their name to it and claims authorship of this stunningly pointless piece of journalism. It says nothing but somehow says everything....

Watch this space...more news as it happens!