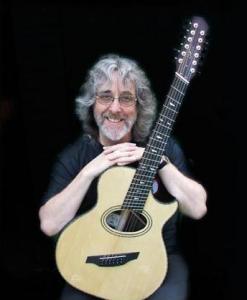 Gordon gets a new Fylde 12 string

I have just taken possession of my STUNNING new FYLDE 12 String guitar. It really is the most beautiful looking and sounding guitar I have EVER seen. I have already recorded with it on a track of the Giltrap / Wakeman album (more of that at a later date)!

If you look at the FYLDE website you will see a photo of yours truly on their home page and LOADS of info about it. This really is a guitar to die for.


There is a wonderful US based magazine called FRETBOARD JOURNAL that has done a HUGE feature on Roger Bucknall and FYLDE guitars, and a little feature on myself in issue Number 7 - Fall 2007 . Click Here

If you're into guitars then this is THE magazine, and is run along similar lines as National Geographic. I'm sure it would be worth the effort of tracking down a copy via their website.

Gordon recently headlined the Limerick Guitar Festival, by way of introduction he explains : " My main memory of Limerick was playing at the University many years ago and receiving a standing ovation for my performance...a rare thing at the time 'anywhere' for me. So it was with these fond memories that we of course looked forward to our trip"

To find out how things went, you can read the rest of Gordon's review of events Here

Question - How do you know you've "made it" ??
Answer - your name is the answer to a quiz clue in the Sun Newspaper of course !

Gordon was somewhat surprised at last nights Chatham gig, when a lady in the audience informed him, that "Gordon Giltrap" was the answer to a clue in a recent puzzle in the Sun Newspaper. Gordon, who was previously the subject of an article in the same paper when he bought his Pedrazzini violin at a boot fair, is now just waiting for his chance to appear on Page 3 !
Click Here for that story. 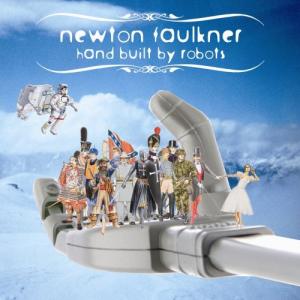 Newton Faulkner, current No 1 in CD charts names Gordon as an influence.

Newton Faulkner is a hotly tipped 22 year old singer/songwriter/guitarist with his own style of rhythmic, percussive playing.

After two years of below-the-radar gigging and recording, Newton rapidly became one of 2006's DIY success stories with his first two EP's selling out their limited run of 3000 copies and reaching No 1 on the Amazon singles chart.

Buzz on Newton started as he began supporting the likes of cult artists Donovan Frankenreiter and the John Butler Trio which led on to major tours with Paolo Nutini and James Morrison. He also earned the standing ovation of the night at one of Jo Whiley's recent Little Noise gigs (sharing the Union Chapel stage with the likes of Coldplay's Chris Martin, Lily Allen & The Automatic).

His latest CD - Hand Built by Robots is currently No 1 in the CD charts.

In an interview with Pete Paphides in The Times on 31st Aug, Newton reveals that along with his tutor Eric Roche, Gordon was one of several guitarists whose playing had an influence on him when he was learning to play guitar from the age of 13.

"Think of what was happening in music six years ago and the blinking, beaming incredulity with which Faulkner treats his snowballing popularity begins to assume some sort of context. While indie reductionists led by the Strokes and the White Stripes were in the ascendant, Faulkner was just getting to grips with the basics of jazz and folk guitar, playing along to records by pickers such as Gordon Giltrap and Django Reinhardt. For light relief he would listen to the briefly popular US goofmongers the Presidents of the United States of America. Whatever you might think of his tastes, you could hardly accuse him of following fashion."

To read the full article at Times Online Click Here

Gordon is delighted that his playing continues to inspire younger players in the same way that he himself was inspired by the playing of others such as Bert Jansch, Hank Marvin and Davey Graham.