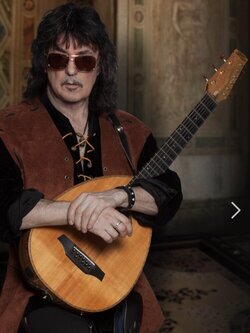 Following on from the Ritchie Blackmore article giving me a name check and those lovely words of kindness where he says that he thinks “I’m the best acoustic guitarist in the world” etc etc.

A personal heartfelt THANK-YOU Ritchie for those kind words especially coming from such a towering legend of the instrument!

Putting it all into perspective of course it is all down to personal taste and how an artist in question can touch your soul with their music at any given moment in one’s life.

For me there have been a few life changing moments in my life. The first one being in 1965 on buying the very first Bert Jansch album. Every track on that record was touched with genius, the songs the unbelievable guitar creations and Bert’s insight into the human condition of love and loss.

Each track brings back a memory of a teenaged Gordon Giltrap getting home from a hard day on the shovel as a bricklayers labourer and getting lost in the man’s music. I can listen to The Needle of Death and Dreams of love and still be brought to tears. See what I mean! This then opened the door to another great, John Renbourn. The list goes on and we all have them!

Getting back to Ritchie, my guess is that it was probably The Lord’s Seat from a live album that touched the great man. Who knows? All I know is that I am humbled by any appreciation of my work from anyone.

So to sum up. There is no such thing as “the best” it is all down to how that persons creativity can touch your heart and soul at any one time, and when that happens it becomes iron clad. What I do is a privilege. I thank you all.

Many of you will remember Psychotron records releasing this stunning limited edition of my Troubadour album, in memory of the great Del Newman.

This astonishing man made a massive contribution to many classic albums by major artists from the early 70’s onwards. 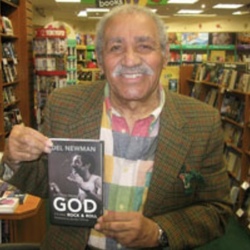 What truly saddens me is that his legacy has not been truly recognised. He is all but forgotten and this is a tragedy. It baffles me that none of the big names that are still around today haven’t made a single effort to celebrate this great man’s life in some sort of memorial concert or service.

In the grand scheme of things I’m a nobody and the small gestures I made by putting his name forward for aforementioned Gold Badge Award and the limited edition vinyl release are just a drop in the ocean compared to what some of the above superstars could do.

Can anyone reading this tell me why? Or even better may have a contact with some of the above names to make this happen. For God's sake he truly deserved it!

My first concert of 2022 at Claygate village hall went great!! Appreciative audience, great sound and TWO standing ovations at the end. Geoff Olner came with me and he is of course great company. A lady came to the door of my dressing room after the show to exclaim “I’m a Giltrap!” She was from New Zealand and we both established that her grandparents were from Ireland, the area of County Wicklow where all the Giltraps came from. I said as we are related we must hug. It was truly lovely. Also Pete Giles from an early incarnation of King Crimson joined me for a chat in between sets. He had many interesting stories to tell about his early years in the music biz and working with Robert Fripp.

I was very nervous but soon settled into playing and all in all I played well and Geoff said he hadn’t heard me play better apart from a few fluffs. So all in all a mini triumph but pretty tiring. The only blot on the musical landscape was a piercing feedback whilst accidentally pressing the wrong buttons on my mini fx unit. I’m still suffering from tinnitus as I write this.

I learnt a lot from that first gig, and certain decisions have been made. I shall be using my usual large pedal board in future and have decided to continue playing The Dodo’s Dream and also my beautiful Fylde’s all three of them sounded fantastic, and as wonderful as my Vintage GG signature guitars sound, for obvious reasons the Fylde’s do have the edge on most if not any acoustic guitars out there on the planet right now! My reluctance in taking them on the road was the danger of them being damaged or stolen, but I shall risk that. They should be played after all that’s what they are here for.

It was a joy to see my old friend Keith Robinson at the gig. He lived locally to the venue and had only seen it on Facebook that morning. My thanks go to promoter Clive and his wife Bonnie for a sweet first set and for making us so welcome.

The story of a very special guitar

Our good friends Chris and Annie Abrams came to stay last month. Whilst they were here I did some work on a couple of Chris’s guitars. The most significant being my old FYLDE custom made for me by Roger Bucknall in the late 70’s. All I did was basically to lower the action a tad and re strung it! 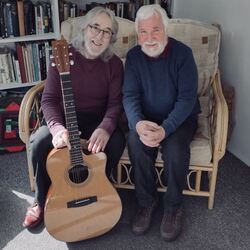 This guitar has an incredibly chequered history. I used this very instrument on so many of my recordings at that time. The guitar is all over the Fear of the Dark album particularly the opening track and Roots, in fact probably the entire album! This lead on to The Peacock Party album and beyond. You can hear its sonic beauty on The Tailor Bird for instance.

Some of you will have read the first part of this article on the website before but I thought I would update it for you with the latest guitar news.

A while back a chap called Chris Herring contacted me saying that his father knew me way back in 1968 when he was a student and I then was still living at home. He said his father knew me well and held fond memories of the times we spent together. Sadly I have no memory of that time, which is a shame because they were my formative years as a creative musician and are very dear to me.

Anyway I did make contact with his Dad and he reminded me of so many things and the music we shared. He even booked me at a club in Sunderland when he moved up there. All this once again had been erased from my feeble old memory banks.

A few months went by and Chris Herring contacted me to say he had recorded a version of Loren on YouTube if I cared to look. I'm always deeply honoured when I hear of someone wishing to tackle my pieces. When I viewed his version I was blown away and told him so. This lead on to him asking what tuning I used for Ives Horizon. I told him it was in standard tuning but a tone and half below concert because it was recorded on a 12 string. He thanked me and within a couple of days he had nailed it and it was once again on YouTube, and once again I was blown away by the man’s playing, so much so that I felt his version and superb playing had eclipsed mine.

So as you can tell by now a relationship of sorts had started to build up. He then told me he had a plan to build a replica of the Scarth guitar that John Renbourn forged his early career with. Recently he completed the build but not before sending me photographs of the various stages of construction. I promise you this man is a genius. The end result is a stunning sounding instrument, not exactly the same as John's as his had a tailpiece. I reckon that Chris's version is probably finer sounding and constructed better that JR's original beauty. 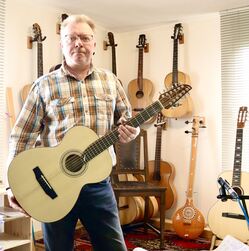 Chris’ latest 12 string guitar is called “Teardrop”, with a teardrop on the headstock and on the end of the fretboard with no fret-markers. The idea came to him during these sad days.

Once again the incredibly gifted Christopher Herring has demonstrated his many gifts by building this amazing 12 string guitar and doing justice to one of my earliest compositions “Ive’s Horizon.” He never ceases to astonish me in all he does. A rare soul indeed.

You are SO gifted and I want to say THANKYOU for bringing my music alive under your fingers.

Info on Chris can be found here:

My Zoom lessons continue to bring me much pleasure. So far I have given lessons to players in New Zealand and the United States. Recently I gave a 12 string lesson to a fine player who has a really interesting day job. He is Chris Rea’s sound man and has been for the past 20 or so years. He has also worked with many giants in the classical music world. Pavarotti being the big one (excuse the pun).

I feel that teaching is an equal part to my performing and composing life. I feel sure that the time spent will encourage students to create their own pieces, hopefully inspired by the lessons.

All enquiries about online guitar sessions should be made to Paul Roberts at pcrguitar@gmail.com or call him direct on 07860 648068. I look forward to hearing from you and seeing you face to face online. 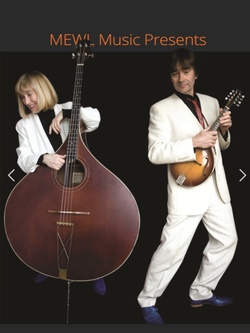 It was so lovely to have these two lovely friends and outstanding musicians stay with us recently. They were doing a gig in a village hall just up the road from us and we attended their Sunday show. It was great to just have that feeling of relative normality after such a long time. 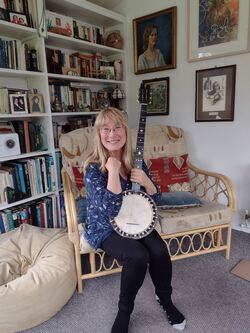 Whilst they were staying with us I gifted Hilary a lovely Victorian Zither banjo that was gathering dust under a bed. I see little point in having instruments that aren’t used when they can be put into the hands of folk that will use them.

Hilary was over the moon with it as you can see by the photo. 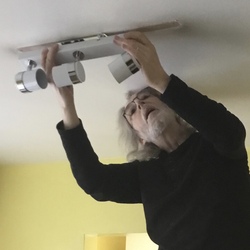 People think I sit around all day with guitar in hand creating tunes. Here is the proof and reality of my life that Hilary sneakily took whilst I was pretending that I knew what I was doing!