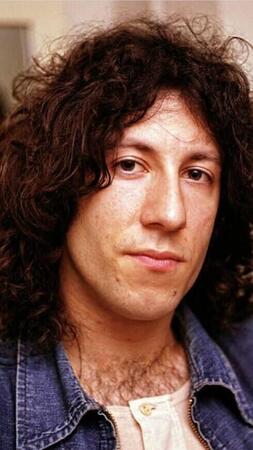 I have just heard the sad news of the passing of the great Peter Green.

I, like so many guitarist was a great admirer of his genius, vision and spirituality. To my utter shame I recorded a cover of 'Oh Well' to follow my minor hit 'Heartsong', such was my desire to pay some tribute to him and to fulfil a need within myself. I had the privilege of spending an evening with him in 1981 in a restaurant in Putney. My obsession with him was so great that I signed with his then record company in the hope of actually meeting him. That little dream came true on that night.

When I asked him what he thought of my cover of Oh Well, he looked deeply into my eyes from across the table and said "You can't cover a classic man." My God he was SO right! I don't know what I must have been thinking attempting to cover such a great song, but I did and regret it to this day.

I wanted to play like him, sing like him, write songs like him, and I even kidded myself that we looked alike. Maybe we did a little. I remember on the night that he looked at me and said with some sadness that he used to have hair like mine! He also asked me if I was Jewish.

The last time I saw him play was in Worcester at The Countess of Huntingdon Hall. I caught him before the show and asked him if the name of Gordon Giltrap meant anything to him, he replied “the name rings a bell."

He was a tortured soul and life had been pretty cruel to him. I hope he died peacefully. My God he deserved that.

Rest in Peace dear one, we shall never see your likes again. x 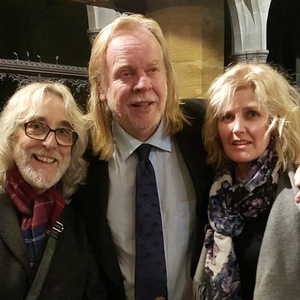 Just let everyone know that fortunately my creative juices haven't dried up, and during this lockdown period I have been composing. My latest offering is called 'She Who Gently Smiles' dedicated to our dear friend Michele seen here in a photo taken in 2015 after a concert as special guest of Mr Wakeman at Lancaster Priory.

Here I am with the great man and beautiful Michele. I look like a grinning Cheshire cat but no matter.

We have been friends with Michele and her ex-husband Mick Doyle for many years, and I was privileged to be asked to be the Godfather to their eldest daughter Triona (featured below on this news page).

Mike and Michele have two girls the youngest is Chloe. Both girls have inherited their good looks from Mum and Dad and both are immensely gifted artistically. I have yet to meet Chloe and very much look forward to that day.

Michele is a lovely person inside and out as is evidenced by this photograph and it gave me great joy to dedicate a tune to her. 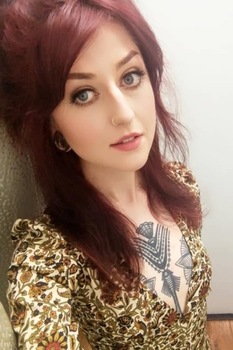 It gives me great pleasure to introduce you to my beautiful Goddaughter Triona Doyle as mentioned in my feature on her mother Michele.

Triona is currently living in Belfast and is a keen guitar and fiddle player and also has a wonderful singing voice. She is a brilliant artist, dress maker, dress designer and photographer. How anyone can be blessed with so many gifts is beyond me but many gifts she has.

I urge you to check out her Facebook page and view some of the amazing garments she has designed and created of late. Also her wonderful artwork that reminds me of Leonardo Da Vinci's drawing. Truly wonderful work.

I feel very proud and privileged to know her. 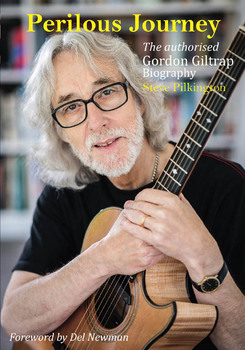 You may well remember a while back my biography Perilous Journey written by Steve Pilkington was published. Wymer Publications have granted permission to print one chapter for your interest and hopefully it will stimulate your interest in purchasing a copy.
Biography

I have been told that it's a good read!!! It is also available on Kindle.

"The Wymer publication Perilous Journey, by Velvet Thunder writer Steve Pilkington, is the official biography of guitarist Gordon Giltrap, produced with the full involvement of Gordon himself. Presented here is a sample chapter from the book, to give a flavour of it, and hopefully entertain! We take up the story just after the Perilous Journey album itself, with the release of the Heartsong single and the following brush with mainstream stardom.

What follows is Chapter 11: To the High Throne"

The very first time I met Carrie was at a local gig near Hull. I arrived at the gig to find Carrie in the back room of the venue singing and preparing a couple of songs for the show where she was supporting me. One if the songs was the classic Time after Time. I asked her if she would like to join me on stage during my set to do the piece together. It was the beginning of a special friendship.
Carrie has a new album planned for release pretty soon and she and I have recorded a brand new version of it as a promotional tool along with this charming video of her and I performing it.

Picture this ... I had given up playing for 20yrs and when a support act dropped out I’m asked to open for Gordon Giltrap at the very last minute.

Calming my nerves, I’m sat playing the Cyndi Lauper track Time After Time when in walks the man himself. 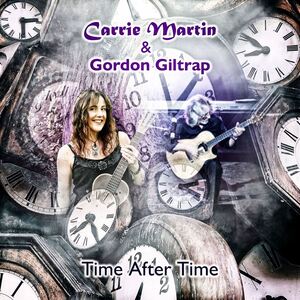 That was over 6 years ago and it was the start of a wonderful friendship. I’ve lost count of the number of times we have jammed this song together but every time we did, we would both say how we would love to record it.

Years later and my new album Entity is due for release at the end of Sept and finally we have recorded it.

I’ve never thought of putting a cover on an album before but the sentiment behind this song made it an easy decision.

Time After Time makes my spine tingle when we play it together and it’s one of those songs that makes a writer think ‘Damn .. I wish I had written those lyrics.

A while back a chap called Chris Herring contacted me saying that his father knew me way back in 1968 when he was a student and I then was still living at home. He said his father knew me well and held fond memories of the times we spent together. Sadly I have no memory of that time, which is a shame because they were my formative years as a creative musician and are very dear to me.

Anyway I did make contact with his Dad and he reminded me of so many things and the music we shared. He even booked me at a club in Sunderland when he moved up there. All this once again had been erased from my feeble old memory banks.

A few months went by and Chris Herring contacted me to say he had recorded a version of Loren on YouTube if I cared to look. I'm always deeply honoured when I hear of someone wishing to tackle my pieces. When I viewed his version I was blown away and told him so. This lead on to him asking what tuning I used for Ives Horizon. I told him it was in standard tuning but a tone and half below concert because it was recorded on a 12 string. He thanked me and within a couple of days he had nailed it and it was once again on YouTube, and once again I was blown away by the man’s playing, so much so that I felt his version and superb playing had eclipsed mine.

So as you can tell by now a relationship of sorts had started to build up. He then told me he had a plan to build a replica of the Scarth guitar that John Renbourn forged his early career with. Recently he completed the build but not before sending me photographs of the various stages of construction. I promise you this man is a genius. The end result is a stunning sounding instrument, not exactly the same as John's as his had a tailpiece. I reckon that Chris's version is probably finer sounding and constructed better that JR's original beauty.

Do follow the links below to not only view my pieces but his versions of other pieces are just wonderful. I love his new ending to Loren so much so that I may just use it myself!

Here is the info written by the man himself:

Hello Gordon! As requested, some info on me:

Born 1972 In Sunderland, Dad marine engineer and folk guitarist back in the day.

Started studying classical guitar 1982, but always listening to all the folk records and my Dad playing.

Collecting the old folk guitar records brought me back to your first records, and I was very happy that you had replied, when I asked you what tuning Ives Horizon was, then I recorded it here. 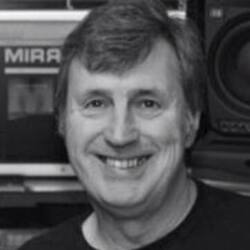 This month's instrument of beauty is a guitar that I have never used in concert!

It was made by my pal Paul White whose name will be very familiar to all who follow my music because Paul engineered MANY of my past albums. He and his wife Chris have become close friends over the past 30 plus years we have known them.

Paul is a remarkable chap in as much as he has boundless energy and an extraordinary mind. He has been the editor of Sound on Sound magazine virtually from its inception. For a hobby he makes amazing sounding instruments mainly and his office and studio are literally full of guitars he has made over the years. 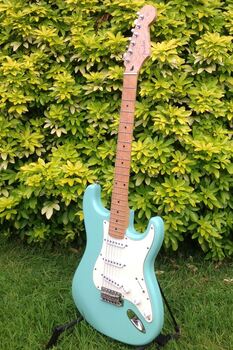 This one is part of a pair he made quite a few years ago constructed from the best materials possible. The body he bought from America and all the hardware pickups machine heads etc. are of the finest quality. I have used it for recording mainly and it's lovely to re-acquaint myself with this guitar. As you can see from the picture it sports a beautiful bird’s eye maple neck and fingerboard and played acoustically it has a mellow silky tone to it. As I write this I have plans to feature it on a recording for a friend.

I along with many players have a fondness for Strat style guitars because of the throwback to the Shadows and the wonderful playing of Hank Marvin. The history of the Strat has been documented many many times, but the one Hank played (currently) owned by Bruce Welch was bought by Cliff for Hank eons ago and of course in his hands he virtually created a new sound.

This instrument in my opinion couldn't be bettered, and if it was a genuine Fender custom shop model it would carry a hefty price tag that's for sure. Playing it again is like shaking hands with an old friend!