Music For The Small Screen (re-issue) 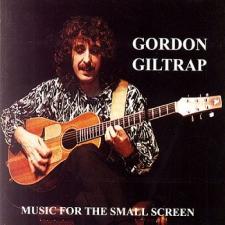 Update Feb 2010
CD no longer widely available, however this cd appears as part of re-release EDSD 2073 along with the Solo Album


A re-issue of the Cd from 1995 - part of the proceeds from which were donated to the Anthony Nolan Bone Marrow Appeal.

Collects together some of the tracks composed by Gordon that have been used on TV programmes over the years, such as: