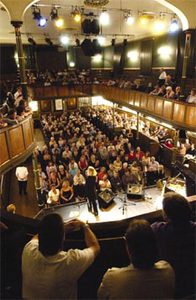 Gordon will be joined this evening by special guest Nicholas Hooper, guitarist and award-winning film composer. Nicholas will open the concert with a half hour solo set and in the second half will join Gordon on stage to perform some of his tunes in a duo format.