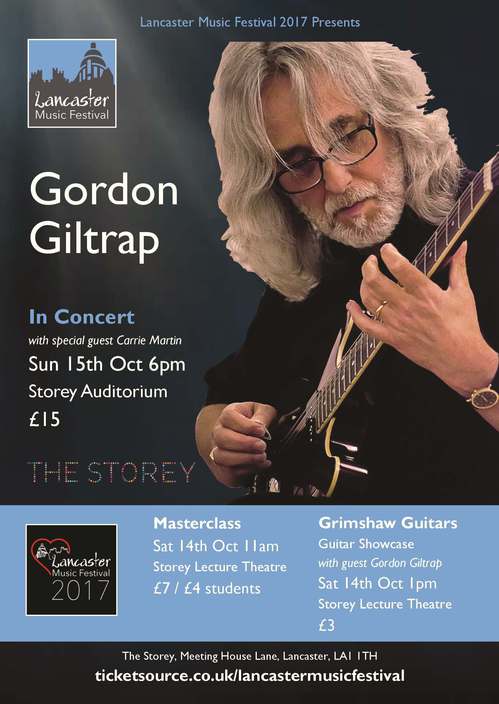 Lancaster Music Festival, now in its 9th year, will this year include almost 500 performances – the majority of them free - from over 200 artists at 45 venues across the historic city of Lancaster. Venues range from the small and quirky - bars, coffee shops and bookshops - to outdoor stages in four of the city’s squares and iconic venues such as the headlining Lancaster Castle. This year two heritage buses – complete with busking musicians - will transport festival-goers to outlying venues such as Williamson Park and Lancaster Brewery and a canal narrow boat will provide a floating venue for musicians along the Lancaster Canal.

Last year well over 70,000 festival-goers descended on the city and with performances from local, regional and international artists covering all genres of music, once again there will be something for everyone. 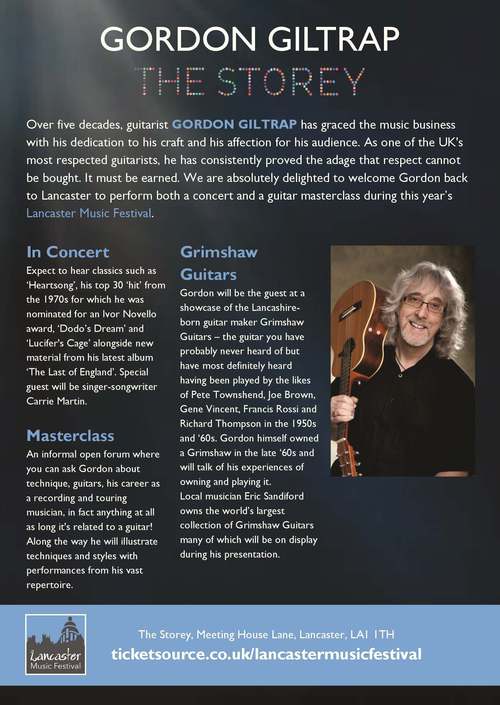 Gordon’s masterclass and concert will take place at The Storey which is at the heart of the city at the foot of Castle Hill and close to many other festival venues including Lancaster Castle and the Market Square and Sun Square outdoor stages. It is within easy walking distance of the railway station which is on the West Coast main line. Formerly known as the Storey Institute the building was constructed in the late Victorian period for "the promotion of art, science, literature, and technical instruction." Now renamed The Storey it is a creative hub for businesses, art exhibitions and musical performance.

Gordon last performed at Lancaster Music Festival in 2015 at two sold-out concerts with Rick Wakeman at Lancaster Priory. Gordon states: "Towards the end of 2015 it was my pleasure and privilege to perform within the beautiful walls of The Lancaster Priory as the special guest of my old friend Rick Wakeman. It gives me great pleasure to perform once again in this beautiful city as part of this year’s festival".