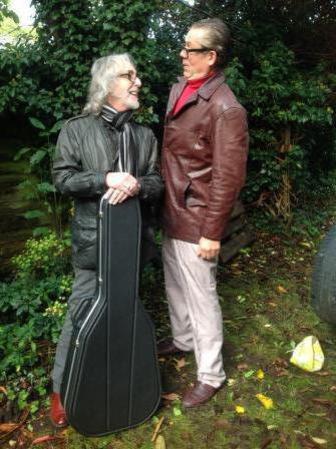 I have been asked to make a guest appearance with Graham Fellows AKA John Shuttleworth/Jilted John,at Sheffield City Hall on March 30th. It should be a fun filled evening.


My Last Will and Tasty Mint

A recent health scare (well, a mild bout of sciatica) has made “Sheffield’s finest singer/songwriter” (The Times) focus on his mortality, and the many things he needs to do before the inevitable move into a hospice. Can sole agent, Ken Worthington pull out the stops and make John a star before his retirement?

As well as hilarious new songs, John will bash out the favourites on his trusty Yamaha: . And at the end of it all, a question remains: who should John donate his organs to, or should he just sell them on Ebay?

“Punch The Air To Character Comedy In A Class Of Its Own” The Sunday Times.

Exclusive to the City Hall, John Shuttleworth is joined by Sheffield's own punk icon, Jilted John in a rare appearance with his band performing the 1978 classic hit, Gordon Is A Moron, plus other songs. This follows a triumphant appearance at the UK's premier punk rock festival, Rebellion last August. "Ere we go, 2, 3, 4 !"