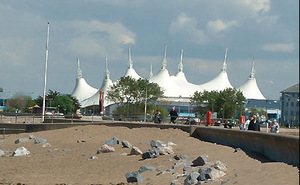 Some of the worlds finest folk talent comes to Butlins this December to perform in our third Great British Folk Festival weekend. This is the only event of its kind to be held indoors in December. Primarily a Folk festival we hope to bring to you established, Legendary and International folk artists to this event on an annual basis.

Other artists so far announced for the weekend include:

Don't wait for further acts to be announced as accommodation is already selling out - many people booked before leaving the Butlins Festival last year !