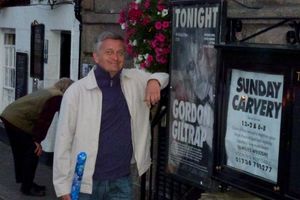 Fans of Gordon Giltrap are lucky people. They can listen to his music at home, and they can hear and see Gordon in concert. After years of doing this first thing, I decided to take my wife Anna and travel a bit from our hometown Wroclaw in Poland to beautiful St. Ives, to see my favourite musician play live.

The trip was great. London first – fascinating - we visited Buckingham Palace, and many other places, went to the Queens Theatre to see Les Miserables (superb!) and St. Ives is a dream place - we had a room with a stunning view at our B & B.

I have expected great fun beside great music, as I am a happy owner of the As It Happens album and I could feel that Gordon is really a great entertainer. It all proved right! 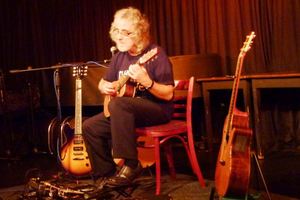 From the attentive looks of many people in the audience it was clear that they knew what was to happen after 8.00 pm.

When Gordon started to play we were trying to watch his fingers, but how to do it when they move so quickly! To let the audience catch their breath, Gordon made some pauses to joke a bit, talk to the audience making fantastically relaxed atmosphere of a meeting of good, old friends. I think that all fans (old and new) can agree that after the show they went home with such a feeling.

Gordon had some special announcements about people who celebrated special occasions and came from far away. I was taken by surprise when he said about a possible presence in the audience of a P-i-o-t-r from Poland and I was called to show myself and then Gordon dedicated Here Comes the Sun for me! Can there be more for a fan! Yes, another song at the end dedicated for all fans from far away, and a couple celebrating their honeymoon who were attending this concert! 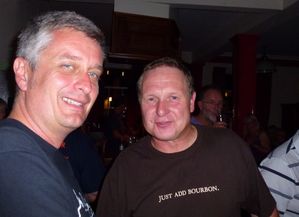 The concert had two parts, and during the interval Gordon was signing records and chatting with fans, who in turn were chatting with one another.!!!

I bought CDs for friends and asked Gordon to sign them, we had a little chat also with Hilary (who also wanted to chat with my wife Anna, but there was a language barrier). We also met Andy Smy who has been to Iron Maiden concert with Gordon. I must say that it is a great pleasure to meet such warm people. 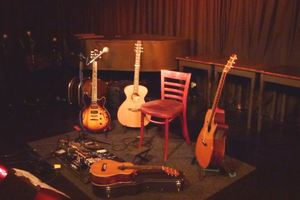 Guitar players were looking with interest at the guitars on the stage. The set list included Ives Horizon, Maddie Goes West, Five Dollar Guitar, Here Comes the Sun, Fiona’s Smile, On Camber Sands, Dodo’s Dream (to which the audience was listening in awe), Heartsong and several other pieces.

Lucifer’s Cage was played as an encore. This and some other pieces from Visionary have been with me for 30 years, my wife Anna has been with me for 20 years, this evening will be with us for ever! 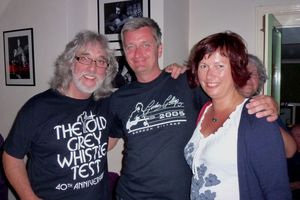 Magic spells were cast in a distant past in a theatre by The Gordon Giltrap Band, music lasts and Gordon playing solo can cast a spell, oh yes he can! The public was obviously under this spell, as they were quite reluctant to leave after the concert.

The music and Gordon’s performance were fantastic. An unforgettable evening.