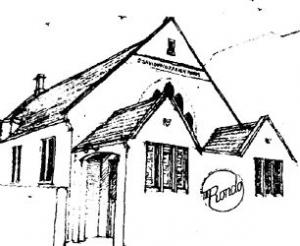 The Rondo in Larkhall is a great venue and proved just perfect for Gordon Giltrap He thought so and his audience knew so. He entertained, informed and enthralled with his warm and witty anecdotes, his careful and clear technical exposés, and, of course, with his sublime musicianship.

He shared the stage with a wonderfully eclectic array of guitars, ranging from a £5 car boot rescue guitar, to his most recent acquisition – a very exotic twelve string Fylde with a fanned fret board. In divulging a little of the history of each of them, it soon became apparent that he not only plays his guitars – he forms relationships with them. He listens to them, understands them and responds to them so that, together, they make the rafters ring.

Gordon Giltrap gave us a performance that pulled from nearly every possible genre. His blues were earthy and intricate; his acoustic pieces were lyrical and smooth. His exploits with his Line 6 electric and loop station just rocked. The Dodo's Dream put me in mind of the way the layers of sound were built up in Pink Floyd's Live at Pompeii. And he did it single-handedly.

He concluded the set with the famous Heartsong, followed by Lucifer's Cage as an encore – both were full of energy, pace and contrast. If I had to choose a favourite, I would struggle, but, for its sheer quirkiness, his rendition of God Save The Queen, after the style of Brian May and played on his Rob Armstrong Baby guitar, will never be forgotten.


This review appeared online at This Is Bath.co.uk and The Bath Chronicle