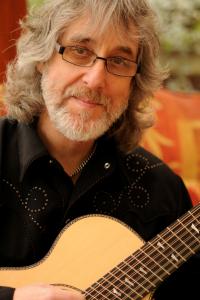 Mr Giltrap was brilliant as ever last night in Chatham. It was at the Brook Theatre which was the old Chatham Town Hall when I were a lad. Anyway – a small intimate venue which suits him perfectly.

As ever he played a range of his material including the very first outing of a tune called at the moment Mrs P's Lullaby. Highlights were as ever the astonishing Dodo's Dream, Heartsong, The Lord's Seat ( which I have the music for and should try and learn I think now ) and his usual finale of Lucifer's Cage. I bought the music and a DVD he has put together about Dodo's Dream but whether I'll ever get a loop station and have a real go at it is no doubt unlikely.


He had his new 12-string in use (see this article). He hasn't played 12-string live for some years and it was great for him to have gone back to that and bringing old tunes like From the Four Winds back into the live set as a result.

Interspersing the splendid tunes were his usual anecdotes and commentary on his life past and present which are always amusing. A thoroughly entertaining, humble and lovely man with an amazing talent. His enthusiasm and love of what he does shines through. He must have played Heartsong for example every other day of his life for 30  years but the smile on his face as he finished it and stated how much he always enjoys playing that tune was clearly entirely genuine.

If you want a really great night out with some laughs and just listening to one of the best acoustic guitarists about look up his gig guide and get along to one of his shows.

Joe Satriani and Gordon Giltrap in one week…. Slightly overly geeky guitar instrumental bias there maybe. :-) Clapton at Hyde Park in a weeks time will restore us to more regular music I expect.

Posted by Further on up the road.
Tweet
facebooktwitteryoutubeitunesicon pack by Komodo Media, Rogie King